Vietnam offers aid to victims of quakes, tsunami in Indonesia 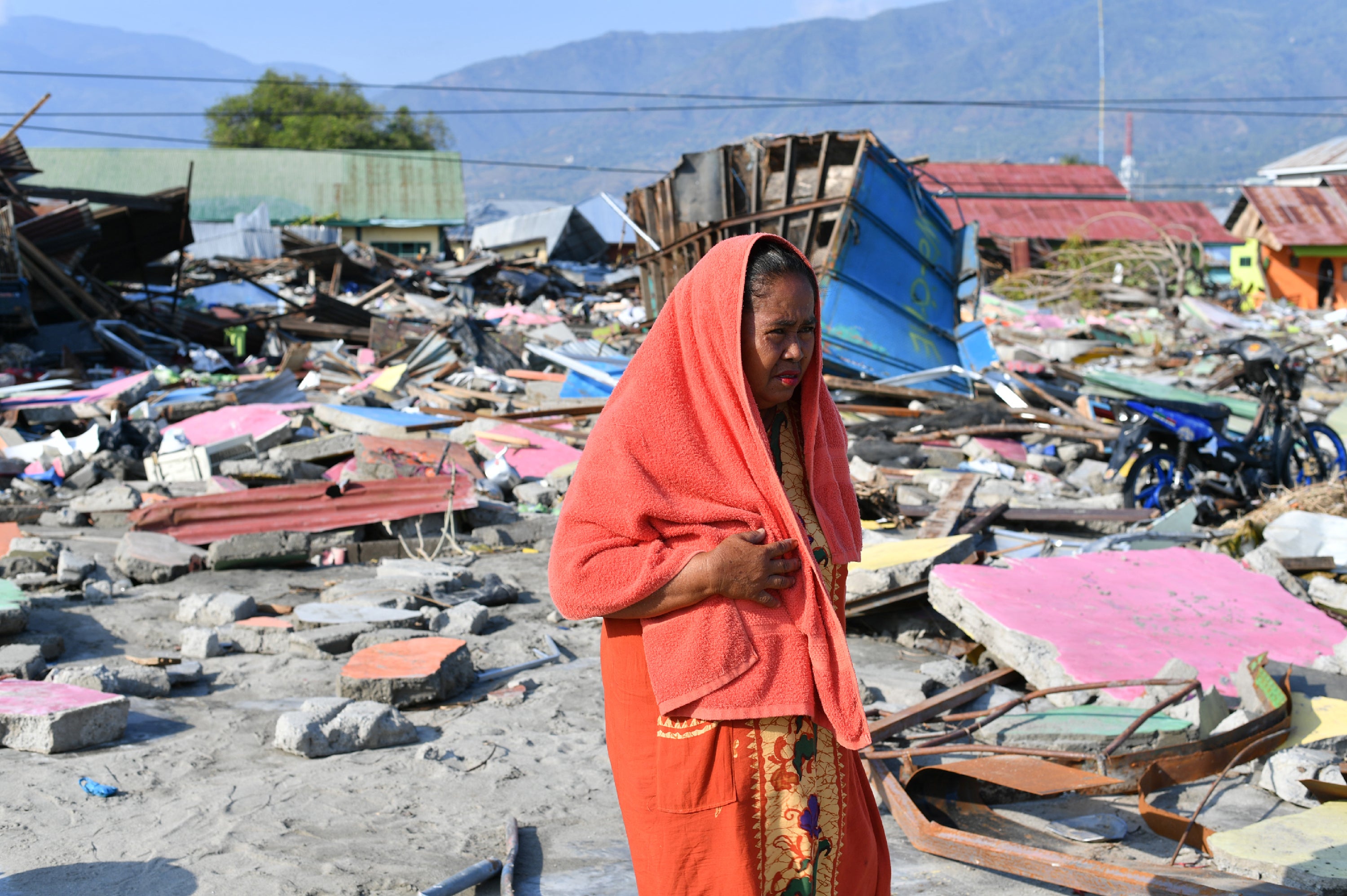 Quake survivor Nurhayati walks at an area where her house once stood in Lere subdistrict in Palu, Indonesia’s Central Sulawesi on October 3, 2018, after an earthquake and tsunami hit the area on September 28. Nearly 1,400 people are now known to have died in the quake-tsunami that smashed into Indonesia’s Sulawesi island as UN officials warned the “needs remain vast” for both desperate survivors and rescue teams still searching for victims. AFP

HANOI – The Vietnamese Government on Tuesday decided to offer US$100,000 in aid relief to help the Indonesian Government and people overcome the consequences of recent earthquakes and tsunami.

Indonesia’s Central Sulawesi province was ravaged by two quakes measuring 6.1 and 7.5 on the Richter scale on September 28. A six-meter tsunami hit the shores after the second quake struck the area in the afternoon of the same day.

The death toll following the disaster in Palu city and Donggala town has now climbed to 1,249 and may continue rising. As many as 48,000 people have been evacuated.

No Vietnamese has been reported dead or missing, according to the Ministry of Foreign Affairs. It also confirmed that 10 Vietnamese students studying at Tadulako University in Palu city are safe.

Indonesia is particularly vulnerable to natural disasters as it sits on a quake-prone area called the Pacific Ring of Fire.

A series of earthquakes in July and August killed nearly 500 people on the holiday island of Lombok, hundreds of kilometers southwest of Sulawesi.

In December 2004, a massive 9.1-magnitude earthquake off the northern Indonesian island of Sumatra triggered a tsunami across the Indian Ocean countries, killing 220,000 people in 13 countries, including more than 168,000 in Indonesia.