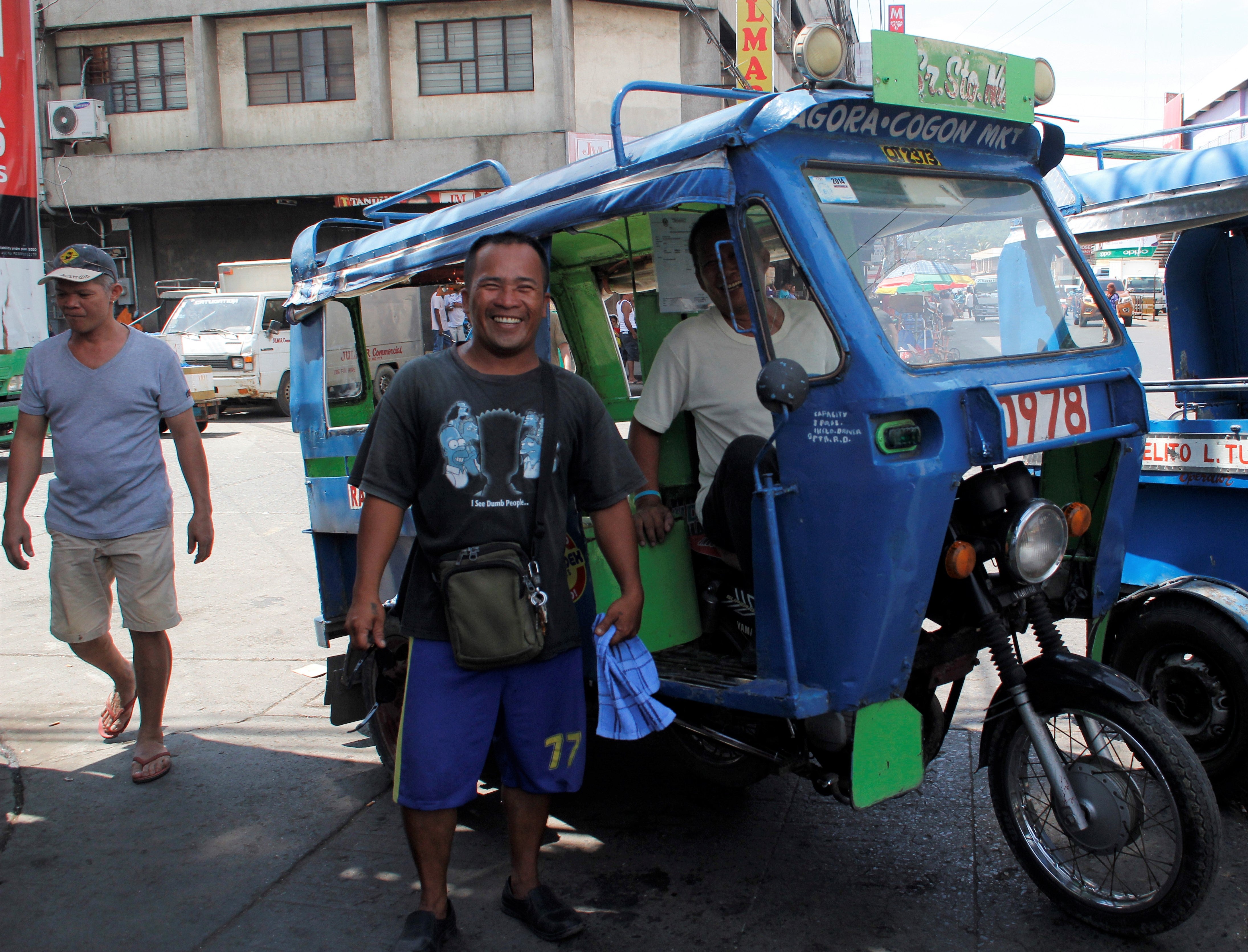 Thirty nine-year old Rolando Masin grins as he recounts receiving 10,000 Japanese Yen from Mariko Tsuchioka, a resident of Hiroshima, Japan, who told them the money was a form of ‘apology’ for atrocities committed by the Japanese against Filipinos during World War II. Photo by JB R. DEVEZA

CAGAYAN DE ORO CITY — A Japanese woman who gave money away to people in the city’s busiest public market here on Tuesday created quite a stir among vendors, tricycle drivers and market goers that later, she had to be escorted by village officials to the police from the mob that had gathered around her.

Mariko Tsuchioka, 51, a resident of Hiroshima, Japan, gave away Japanese yen of varying amounts from P4,000 to as much as P27,000 on Tuesday afternoon as a fulfillment of the wishes of her grandfather who had fought for the Japanese Imperial Army in this country during World War II.

The Japanese woman reportedly managed to give the money away to some 20 people she met at the Cogon market on J.R. Borja Street before village officials whisked her away to the police station when the people who gathered around her swelled into a mob.

One of those who received Tsuchioka’s generosity,  Rolando Masin, 39, said the Japanese woman told them she was giving away her own money as a form of ‘apology’ for the Japanese acts against Filipinos during World War II.

According to Masin, Tsuchioka told him and others who had asked, that her grandfather served in the Armed Forces of the Empire of Japan and saw action in the Philippines during the war over 70 years ago.

Masin, who worked as a tricycle “dispatcher,” was grinning when he told the Inquirer about the JPY 10,000 he received from the Japanese.  He said Tsuchioka was giving away money while seated inside a motorela. He said she had asked for directions to a hotel in Barangay Carmen.

Police Officer 1 Junelyn Cahig of the Cogon Police Station said she saw the Japanese woman giving money away at the public market twice on Tuesday, October 2;  first around 2 p.m. and again about two hours later.

Cahig said the woman was on foot and walking around the market, followed by a sizeable number of people.

But Tsuchioka was later escorted to the Cogon Police Station by a village official after the number of people following the Japanese swelled to a mob. Policemen said they later escorted Tsuchioka to her hotel./lb