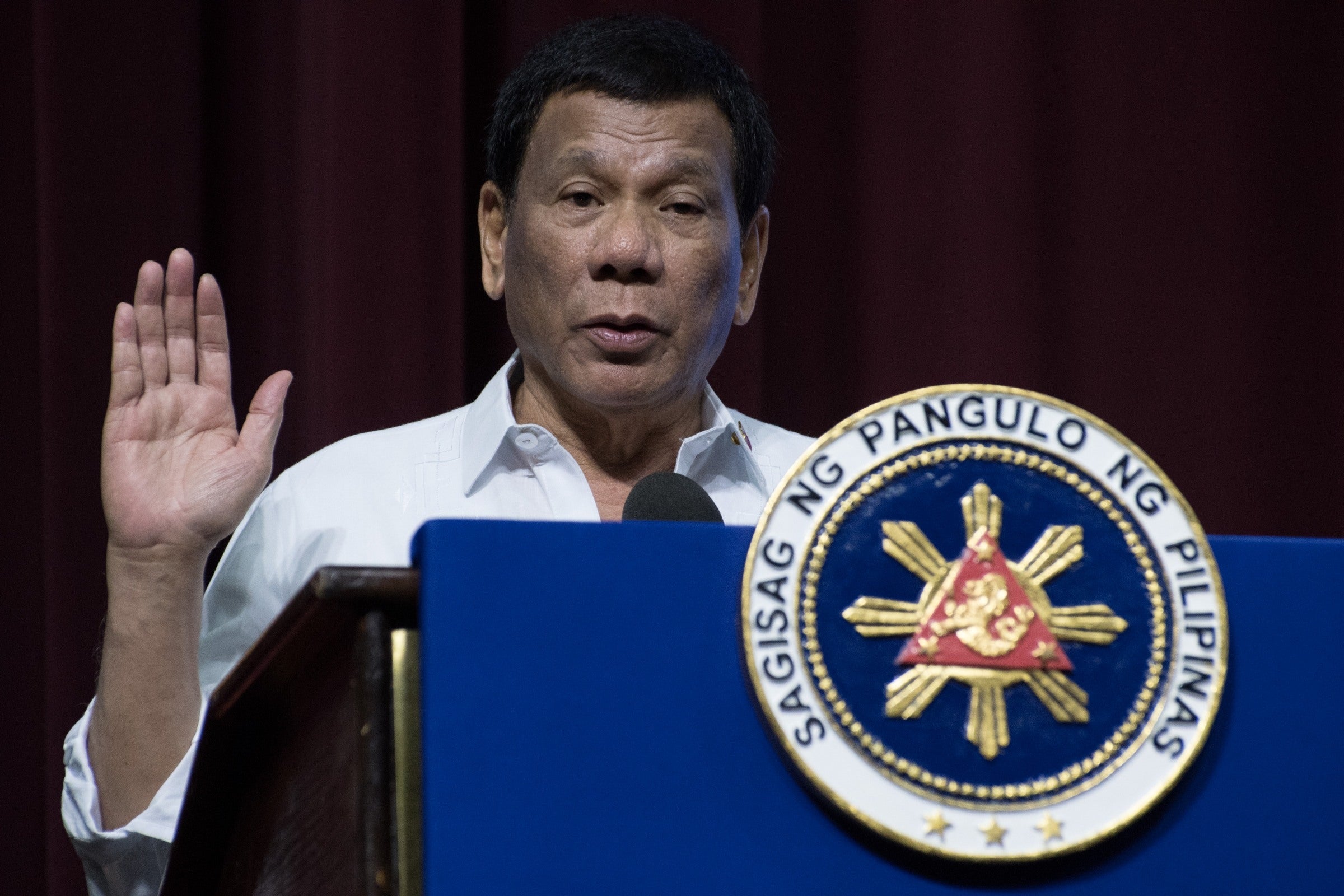 The noncommissioned Third Quarter Social Weather Report, conducted from Sept. 15 to 23, found that 70 percent of the respondents were satisfied with the President, while 16 percent were dissatisfied, resulting in a net satisfaction rating (satisfied minus dissatisfied) of a “very good” +54.

The result was a 9-point increase and one grade up on Mr. Duterte’s record low of “good” +45 (65 percent satisfied, 20 percent dissatisfied) in June. He had a “very good” +56 rating in March.

Majority of Filipinos found two controversial pronouncements by the President to be “bastos” (vulgar), according to SWS.

Sixty-three percent of respondents found vulgar his pronouncement that “there are many rape cases in Davao City because there are many beautiful women who live there.”

On Aug. 30, the President told his audience in Mandaue City that rape cases were high in Davao City because his hometown had many beautiful women.

This was his response to the report by the Directorate for Investigation and Detective Management of the Philippine National Police released in August, two weeks prior to his speech, that ranked Davao City as No. 1 in the number of rapes recorded among major cities nationwide from April to June this year.

On the President’s pronouncement that “God is stupid,” SWS results showed that 83 percent of the respondents found it vulgar.

He drew flak early this year for calling God “stupid” for creating the concept of original sin in the Bible’s Creation story, and even said he would resign if anybody could prove that God exists.

The survey involved face-to-face interviews with 1,500 adults and had a margin of error of plus-or-minus 3 percentage points. —Inquirer Research