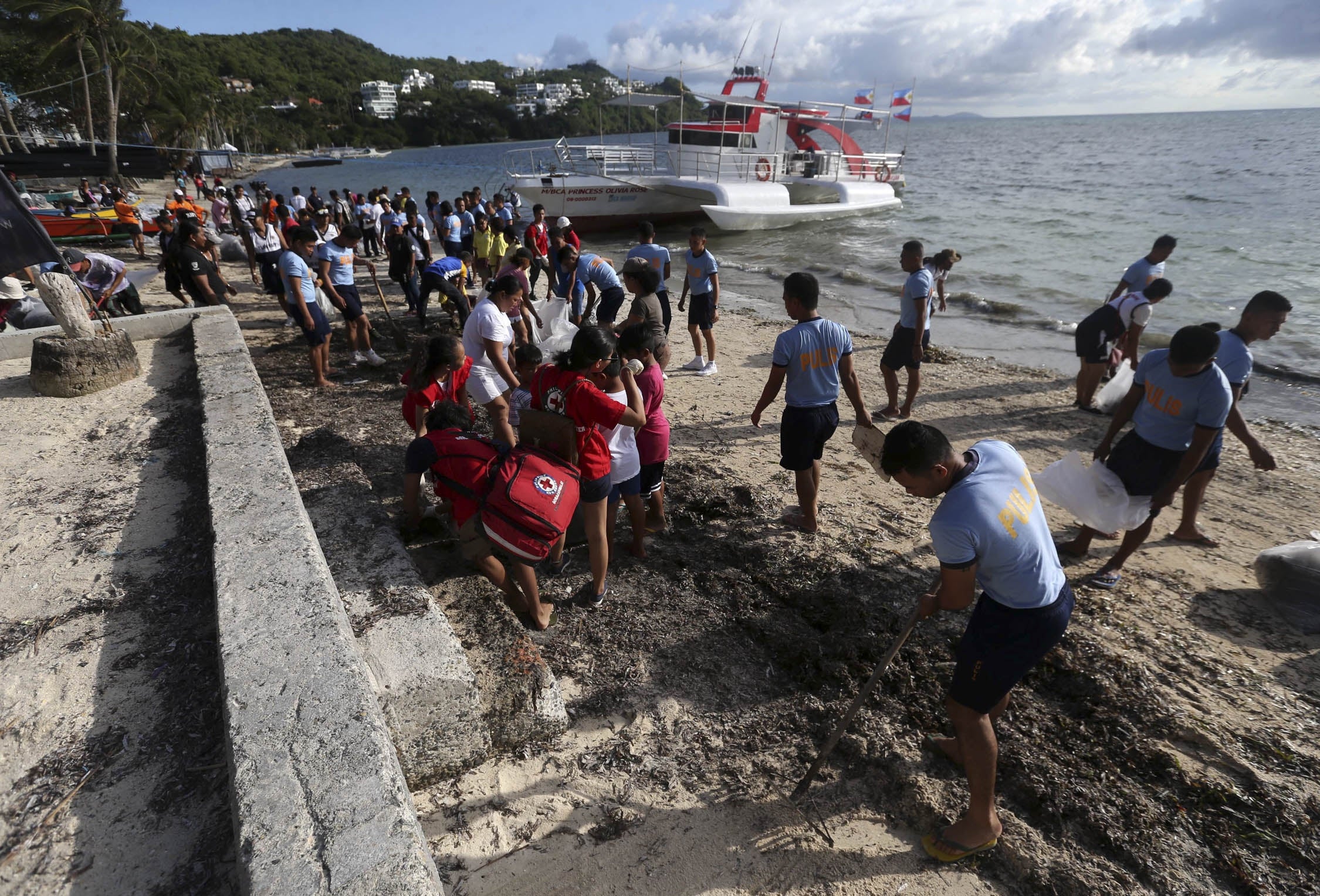 LONG WAIT ENDING SOON On Oct. 26, the public will finally get to see the results of Boracay’s six-month rehabilitation, shown here as it kicked off in April. —LYN RILLON

BORACAY ISLAND—When Boracay reopens on Oct. 26, fewer tourists will be allowed into the island and they will have to follow strict regulations that will help preserve the world-famous tourist spot, officials said on Friday.

Tourism Secretary Bernadette Romulo-Puyat said President Duterte ordered a limit to the number of tourists to sustain the island’s “carrying capacity” based on a study commissioned by the Department of Environment and Natural Resources (DENR).

The study showed that the island could accommodate only 19,215 tourists at any given time.

Daily tourist arrivals should also be limited to 6,405, according the study, whose results were presented during a public hearing of the House committee on natural resources held here.

Carrying capacity refers to the maximum number of people that can be sustained by the island environment.

The total carrying capacity of the island including tourists and residents is 55,757, according to the Comprehensive Land Use Plan, or 54,949 based on Presidential Proclamation No. 1064, which classified parts of Boracay into alienable and disposal, forest lands and protected areas.

Before it was closed on April 26, the island’s population, including tourists, was 70,781 per day.

She said the Boracay Inter-Agency Task Force (BIATF) would finalize measures to regulate the number of visitors.

One way to do that is to reduce the number of flights as 98 percent of Boracay tourists take the plane to go there.

Puyat said at least 2,063 rooms would be ready and 25 establishments had been accredited and cleared to operate for Boracay’s “soft opening” on Oct. 26.

She said those numbers were expected to increase as more establishments comply with the requirements of various government agencies.

Officials said stringent measures would be implemented to ensure that the environment is protected.

Tables, chairs and massage beds will be banned from the main beach and the beaches of Puka, Ilig-iligan and Bulabog, according to the guidelines set for approval by the BIATF.

Souvenir stalls and shops will also be banned from the beachfront.

Piggeries and poultries as well as pets will be disallowed in beach areas.

There will be no smoking in public areas as well as parties on the beachfront, except those covered by a permit for special events.

DENR Undersecretary Sherwin Rigor said casinos and online gambling would not be allowed and the island would be closed for one month yearly for it to recover.

Only a small portion of the expanded 7-kilometer road network has been paved and many sections are muddy, potholed and barely passable.

DENR Secretary Roy Cimatu said to decongest the main road, tourists and residents would be allowed to enter and leave the island through three ports, instead of through the single entry point at Cagban port.

Aklan Rep. Carlito Marquez, a former governor of the province, said the new scheme would violate a provincial ordinance that mandates the single entry-exit system, which was a security measure to monitor those going to the island and a means to protect the beachfront from damage.