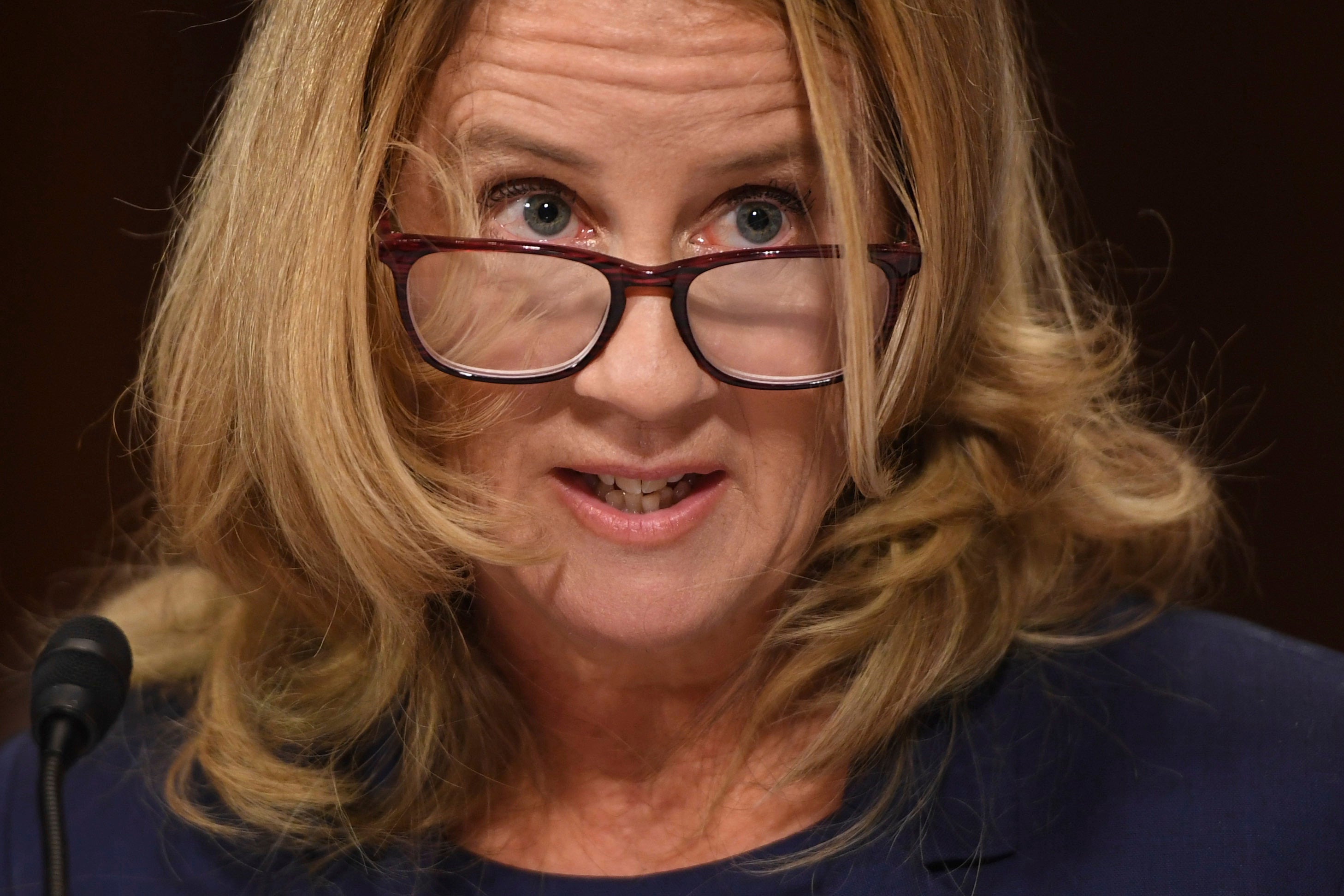 That’s the way Christine Blasey Ford described the details of what she says was a sexual assault by US Supreme Court nominee Brett Kavanaugh on a summer evening three decades ago.

Asked for the most vivid memory from that night, she did not name a physical violation. Rather, it was a specific sound she heard from Kavanaugh and the other boy she says was in the room, Mark Judge.

“Laughter—the uproarious laughter between the two,” Ford, her voice wavering, told the US Senate Judiciary Committee at Thursday’s extraordinary hearing.

“They were laughing with each other … I was underneath one of them while the two laughed,” she added.

The moment crystallized the national debate over gender, power and whom to believe in the #MeToo era. US President Donald Trump has nominated Kavanaugh, a conservative jurist, to succeed retired Justice Anthony Kennedy.

Thursday’s hearing in many ways turned on Ford’s credibility as a victim of and a witness to an event that Kavanaugh staunchly denies.

Central to the proceedings was the quality of Ford’s memory and whether her account was believable, an unknown when she took her seat at the cramped witness table before the 21-member committee.

With the hearing well underway, Democrat Sen. Patrick Leahy of Vermont asked her what she remembered. Ford, a 51-year-old psychology professor, looked down and took a breath.

“Indelible in the hippocampus is the laughter,” said Ford, referring to the area of the brain where traumatic memories are stored. “The uproarious laughter between the two and they’re having fun at my expense.” She looked down again.

The spectacle riveted Washington and much of the nation. The US Capitol was hushed, as senators and aides huddled in offices, watching.

The hearing, played on televisions, rang through the West Wing of the White House as Trump flew back from New York  with the televisions on Air Force One tuned to the proceedings.

Kavanaugh himself has explicitly said he is not questioning whether Ford had been attacked “by someone, at some point.”

But he says he’s not the one who attacked her. He told at least one senator that it may have been a case of mistaken identity.

Republicans on the committee released a document detailing their investigative work that showed they had interviewed two men who said they believed that they, not Judge Kavanaugh, assaulted Ford.

But with an eager-to-please demeanor and zero show of anger during the questioning, Ford stuck by her account. It was true, she said, that there were gaps in her memory of that night in the early 1980s—she could not recall which boy pushed her into the room, or how she got home.

But the laughter, and the identity of her attacker, Ford said, remained crystal clear.

Kavanaugh looked in desperate need of a fighter on his behalf as he gave impassioned testimony to the committee denying allegations of sexual assault.

He found it in Republican Sen. Lindsey Graham of South Carolina, who told the judge straight out Thursday, “You’ve got nothing to apologize for.” Kavanaugh alternated from anger to tears during fiery testimony.

Democratic senators pressed Kavanaugh over and over again to request an investigation by the Federal Bureau of Investigation (FBI) if he had nothing to hide.

Enter Graham, who said that if Democrats truly wanted an FBI investigation, they could have spoken up when Democratic Sen. Dianne Feinstein, the ranking member of the committee, was first made aware of the allegations from Ford.

“What you want to do is destroy this guy’s life, hold this seat open and hope you win in 2020,” Graham said with his voice shaking, pointing at Democratic lawmakers.

Graham said he voted for Supreme Court Justices Sonia Sotomayor and Elena Kagan, both nominated by a Democratic president, and he told Kavanaugh to say hello to them when he sees them. “I’d never do to them what you’ve done to this guy. This is the most unethical sham since I’ve been in politics.”

Returning his glare to Kavanaugh, he said: “You’re looking for a fair process? You came to the wrong town at the wrong time, my friend.”

Graham’s comments seemed to buck up Kavanaugh’s mood. He managed a smile when Graham asked if he considered the confirmation process to be like a job interview. “This is not a job interview,” Graham told him. “This is hell.”

Senate Republicans are plowing forward with a committee vote on Friday on Kavanaugh’s nomination. The Senate Judiciary Committee, where the initial vote on Kavanaugh will be held, is narrowly split with an 11-10 Republican majority.

Mr. Trump also made clear that he was sticking by his nominee. “His testimony was powerful, honest and riveting,” he tweeted. “The Senate must vote!”  —AP