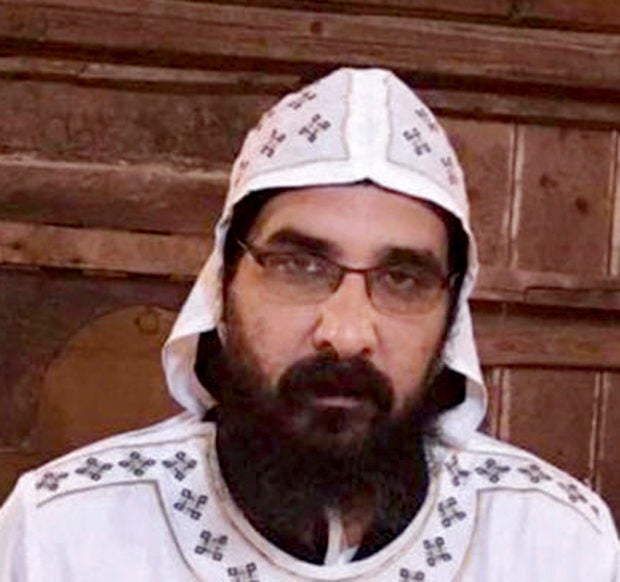 This undated file photo released by the Coptic Orthodox Church, shows Coptic monk Zeinoun al-Maqari, in Egypt. Security officials said an autopsy on al-Maqari who had until recently belonged to a monastery where the abbot was killed showed clear signs of poisoning. Speaking on Thursday, Sept. 27, 2018, they said the autopsy was performed late Wednesday, hours after the monk was pronounced dead on arrival at a hospital at the southern city of Assiut. Two monks, one defrocked, are on trial for the killing. (Coptic Orthodox Church via AP, File)

CAIRO — An autopsy on a Coptic Orthodox monk who had until recently belonged to a monastery northwest of Cairo where the abbot was killed showed clear signs of poisoning, Egyptian security and medical officials said Thursday.

They said the autopsy was performed late Wednesday, hours after the monk was pronounced dead on arrival at a hospital at Assiut, the closest city to the Al-Muharraq monastery where the monk has lived since last month. He was buried Wednesday night in St. Macarius monastery, where he joined as a novice more than a decade ago and the scene of the killing of the abbot, Bishop Epiphanius.

Zeinoun al-Maqari died a day before he was scheduled to testify for the prosecution in the trial of two monks — one of whom has been defrocked — charged with the killing of the abbot.

Hearings were adjourned until October 27.

Zeinoun was among six monks from St. Macarius who were banished to different monasteries across the country as part of disciplinary action taken by the church following the death of Epiphanius. The officials said questioning of witnesses and monks following his death showed that Zeinoun might have been an accomplice in the killing, but did not explain why he has not been arrested.

The officials said the autopsy showed signs of an agricultural insecticide commonly used in southern Egypt, where al-Muharraq monastery is located. The insecticide is sold in tablets, which are diluted in water before it is manually sprayed on crops.

Zeinoun was dying when monks went to his cell early Wednesday to fetch him for the traditional pre-dawn prayers. He was rushed to a hospital but died before he arrived there, they said. He is believed to have been in his early 40s, according to the officials who spoke on condition of anonymity because they weren’t authorized to speak to the media.

Epiphanius’ killing has shaken Egypt’s Coptic Orthodox Church, one of the oldest in the world and the one that gave monasticism to the faith. The church’s monastic desert traditions had largely vanished before being revived over the past century. Its monks, mostly university graduates, are now the face of the church and that is why, together with the fact that the main suspects are monks, the killing took on added significance.

It also exposed a side of the church that few in Egypt — Muslim or Christian — knew existed, including the growing power and independence of monks in remote monasteries who appear to be at odds with Tawadros II, the church’s spiritual leader, and the top clerical leadership.

Egypt’s Christians, about 10 percent of the country’s 100 million people, have long complained of discrimination, such as rigid regulations on building new churches or restoring existing ones. They also complain they are denied some jobs, like in security and intelligence agencies, and that their homes and businesses are frequently targeted by Muslim mobs in rural regions. /kga