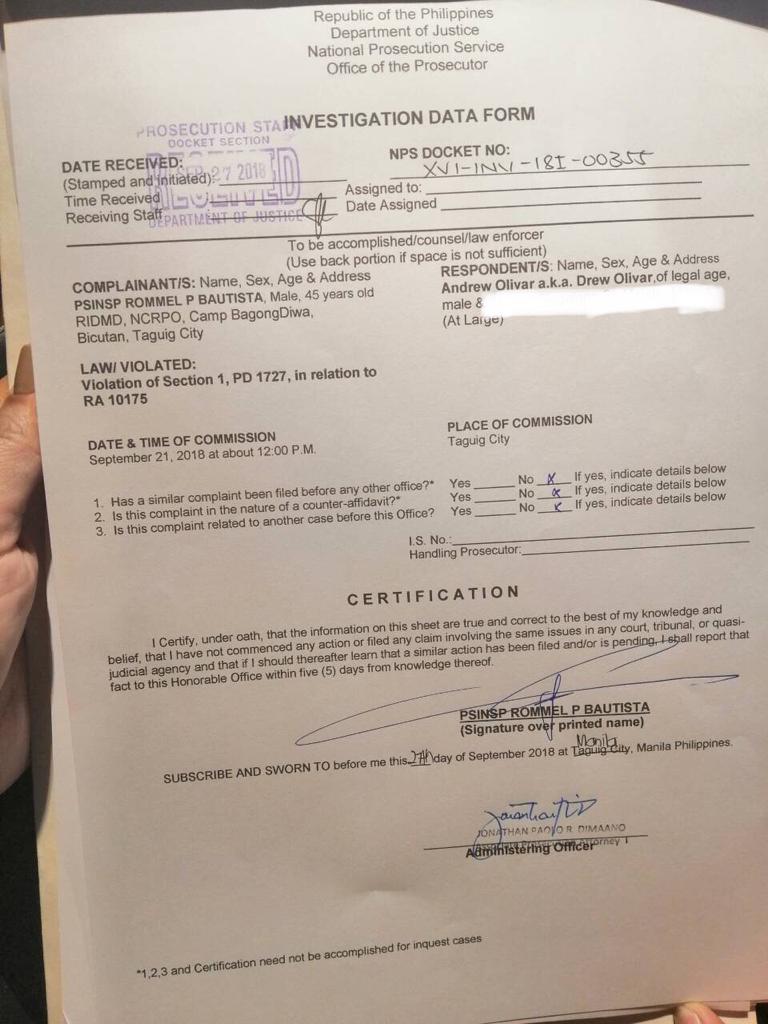 The pollice on Thursday officially filed a criminal complaint against blogger Drew Olivar over a post he made on social media about a bomb scare during the commemoration of Martial Law.

Officials from the National Capital Region Police Office (NCRPO) arrived at the Department of Justice (DOJ) and submitted the complaint against Olivar which was rejected last Tuesday because of insufficient documents.

A complaint for violation of Presidential Decree 1727 or the Malicious Dissemination of False Information or the Willful Making of any Threat Concerning Bombs, Explosives in relation to Republic Act 10175 or the Cybercrime Prevention Act of 2012 has been filed against Olivar.

Evidence submitted by the police include complaint affidavit of Senior Inspector Rommel Bautista of the Regional Investigation and Detective Management Division of NCRPO, sworn statements of several police officers, Certification from the PNP-Anti Cybercrime Group, printed copies of his Facebook post, a Sept 22 article from INQUIRER.net and video footage of Olivar’s interview.

The police noted that Olivar publicly admitted at a press conference in the NCRPO headquarters that he knew his information was false yet he still posted it on social media.

The police noted that the “false information” posted was shared 108 times “in the world wide web.” /je