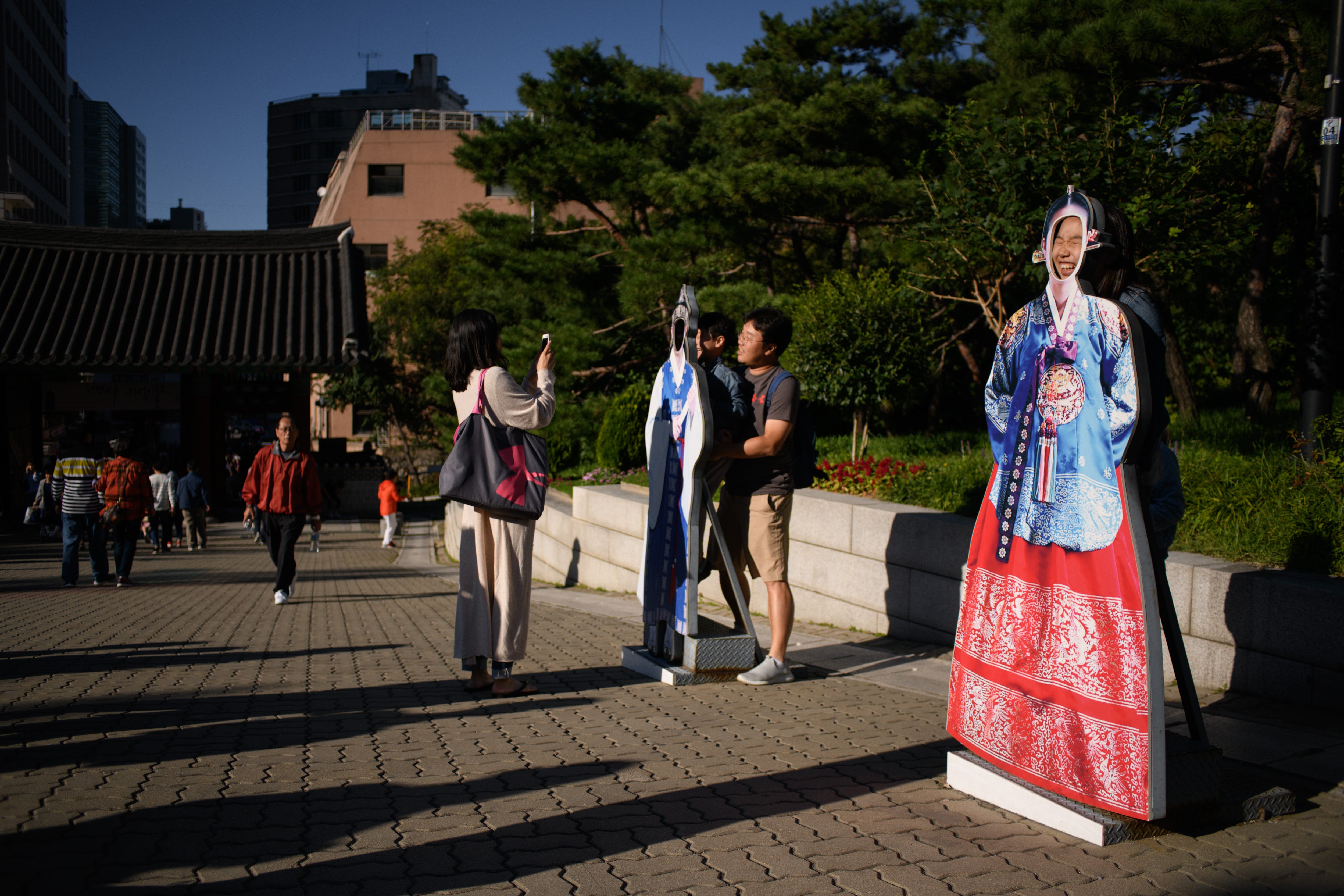 Visitors pose for photos at the Namsangol hanok village in Seoul on September 24, 2018. South Koreans are observing the annual ‘Chuseok’ thanksgiving holiday, which runs from Sept 24 to 26. AFP

SEOUL — More than 80 per cent of South Koreans have experienced some form of sexism — including body shaming and women having to cook large meals for male members of the family — during national holidays, such as Lunar New Year and Chuseok, a study showed.

The study, compiled by the Seoul Foundation of Women and Family, came to the conclusion after surveying some 1,170 Korean men and women earlier this month. Some 70 percent of the respondents were women, and 90 percent were in their 20s, 30s and 40s.

Among all the respondents, 83.2 percent — 74.1 percent of men and 86.8 percent of women — said they have experienced verbal sexism while spending time with their families and relatives during national holidays.

Comments that the surveyed women heard from their relatives and families include “There is no need for women to be smart,” “You need to hurry now otherwise you won’t be able to find decent men, as older women are usually not sought after (by men),” and “Women should stay fit. You shouldn’t eat too much (even if it’s a holiday).”

Men, on the other hand, heard remarks such as “If you are a man, you should at least be able to afford a house for your family to be recognized as a true breadwinner,” “I can’t believe you are a guy and can’t even carry something as light as this,” and “You are a man. You shouldn’t be tired after just driving for a few hours for your family.”

The biggest proportion of all participants, 53.3 percent, said they found the common Korean practice of women having to cook and provide food for such holidays, while men usually have no such responsibilities, to be sexist.

Almost 7 percent said that at their family gatherings during national holidays, women are not allowed to share a table with male members of the family during lunch or dinner, and can only eat after the men finish their meal.

Sometimes women are only provided with leftover food, although they’ve cooked the entire meal for the family, the participants said.

South Korea recently ranked 116 out of 144 countries in gender equality in a report released by the World Economic Forum. A wide gender pay gap and unequal distribution of labor have been cited as some of the major factors behind the country’s critically low fertility rate.