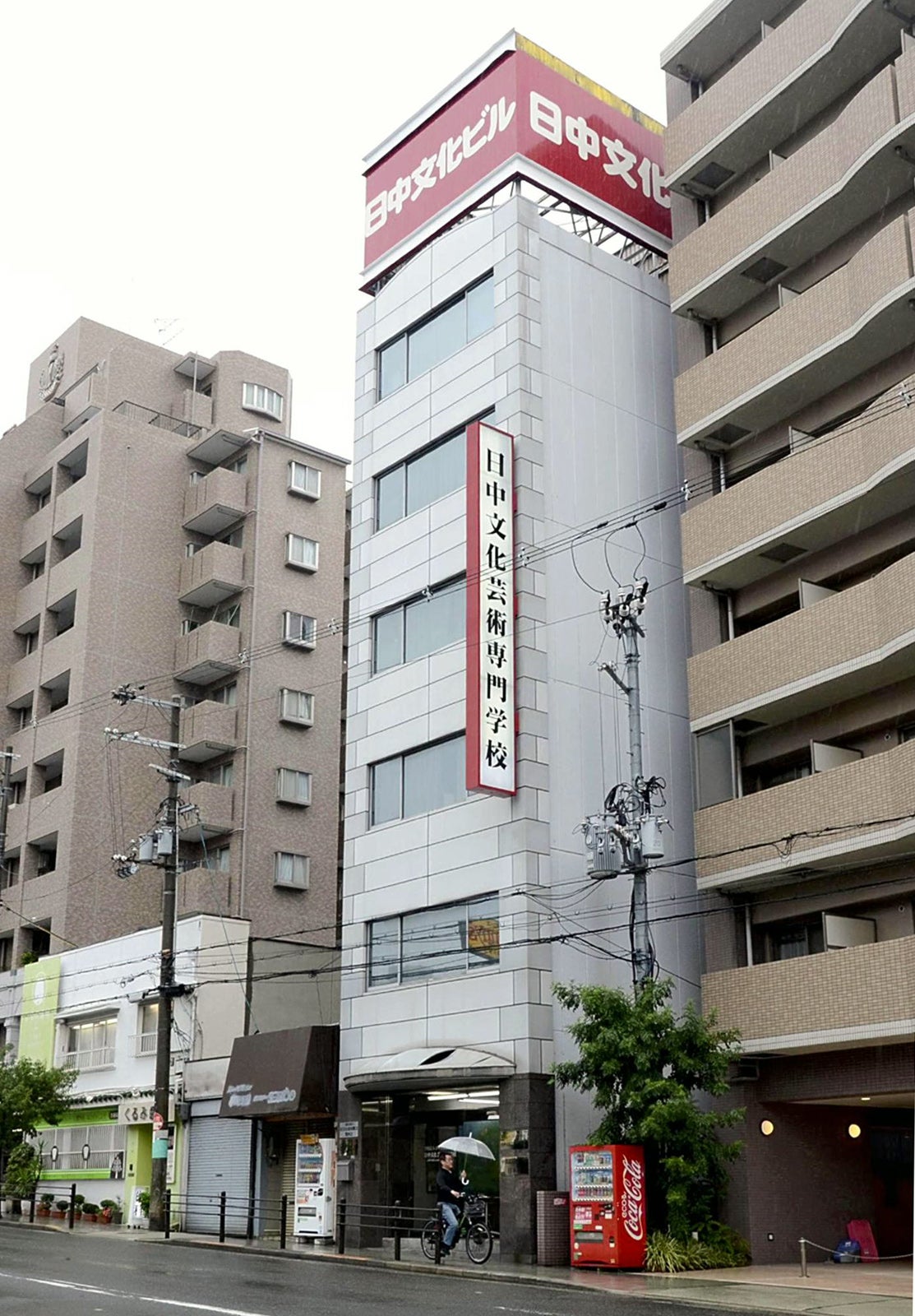 The center building houses the Japan-China College of Culture and Arts in Tennoji Ward, Osaka. THE JAPAN NEWS/ASIA NEWS NETWORK

OSAKA, Japan — Over 100 Vietnamese and other foreign students who entered a tourism-related vocational school in Osaka in April were not allowed to renew their residency status and subsequently expelled from the school this summer, The Yomiuri Shimbun has learned.

Noting that since last year the school has admitted far more foreign students than its admissions quota, the Osaka prefectural government has urged the school to correct the situation, but it did not comply with the request.

More than 90 percent of the students at the school — the Japan-China College of Culture and Arts in Osaka’s Tennoji Ward — are foreign nationals. The prefectural government instructed it to curb its acceptance of international students, judging that the school was sloppily managed merely to collect more tuition fees.

Dozens of the expelled students reportedly had no choice but to return to their home countries, although some were accepted by other vocational schools and their residency status was therefore recognized.

Some Vietnamese students are expected to file a lawsuit against the school, demanding compensation and consolation payments.

Founded in 2015, the school offers two-year programs including a tour guide-interpreter course conducted in Chinese, with an annual tuition of about ¥800,000 (P380,000).

Under the School Education Law, vocational schools admitting mainly foreigners are not licensed. The school was licensed after submitting an application stating that it would admit mainly Japanese nationals who had graduated from high school while also accepting some foreign students, according to the prefectural government.

However, the school accepted a large number of international students in April of this year. As of May this year, the number of students enrolled was about 580 — about 1.4 times the quota.

Since around March, the Osaka Regional Immigration Bureau had notified the school of its intention not to allow it to admit more students than the quota.

But the school defied the instruction, resulting in the immigration bureau’s decision not to extend the residency status for over 100 students that was due to expire from July on, according to sources.

Many foreign students were not informed that the school admitted more students than the quota. Some were told that their visas would not be issued just before their period of stay was to expire, and had to return to their home countries without even time to look for other schools.

A Vietnamese woman in her 20s who was expelled and returned to Vietnam in August expressed her disappointment. “I want to graduate from a university in Japan and work in the country in the future, but my life is now messed up,” she said.

The head of the school operator said: “A new school building is slated to be built in the future, so we thought it would be all right to admit more students than the quota. But we were too naive.”

Most of the students at the school were foreigners, because not many Japanese students entered the school, he explained.

The school provided basic Japanese lessons for foreign students in classes that were supposed to teach Chinese for Japanese students, The Yomiuri Shimbun also learned.

These classes were given in a few departments that the school established to teach Chinese, but most of the students enrolled at the departments turned out to be foreigners.

What was actually taught at these classes considerably deviated from what the school said it would teach in its report to the prefectural government.

The prefectural government has urged the school to correct this practice since last year, but the school has not complied with the request.