Typhoon-stricken Northern Luzon to get more rainfall on Friday 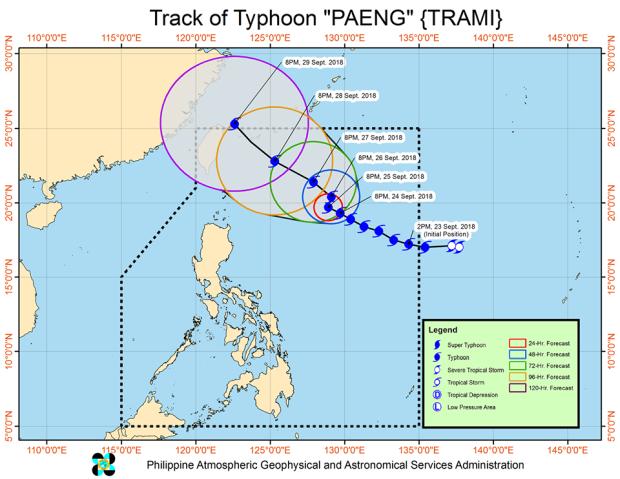 The track of Typhoon “Paeng,” as shown in a map posted at 11:33 p.m. on Facebook by Pagasa

In its bulletin issued at 11:00 p.m. on Monday, Pagsasa said it would probably raise tropical cyclone warning signals over extreme Northern Luzon by Thursday or Friday.

As of 10:00 p.m. on Monday, the new typhoon has slightly slowed, moving west-northwest at 15 kph, with maximum sustained winds of 185 kph near the center and a gustiness reaching up to 225 kph.

Pagasa located its eye at 795 km east of Basco, Batanes.

As of this posting, the forecast positions of the typhoon are as follows