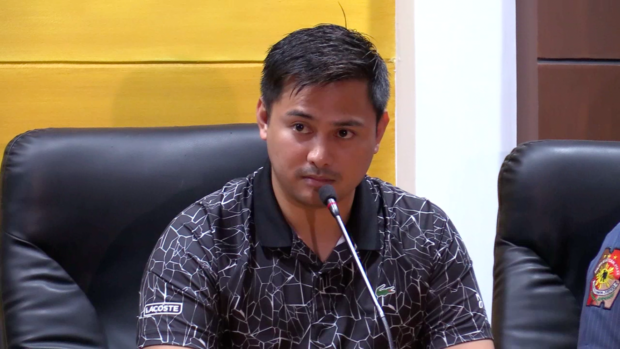 Blogger Drew Olivar will face charges for a post he made on social media about a bomb scare, Director General Oscar Albayalde, chief of the Philippine National Police (PNP), said on Monday.

Olivar claimed in a Facebook post on Thursday that a bombing might happen the following day on Edsa as protesters were set to stage rallies to commemorate the 46th anniversary of martial law declaration.

Over the weekend, Olivar apologized for his post, claiming he was concerned only about the public’s safety while admitting that he did not inform any police officer about the supposed bomb threat.

Before that, Olivar drew a lot of flak, along with Assistant Communications Secretary Mocha Uson, for their Facebook videos, which was seen as poking fun at the sign language used by deaf people and a controversial song-and-dance number about federalism.

“I think Drew Olivar has learned his lesson and will be charged with violation of [Presidential Decree] 1727 [criminalizing] bomb jokes,” Albayalde told reporters during a briefing at Camp Crame on Monday.

“Hindi lang siya naaresto during that time because nangyari iyon [na] medyo matagal na, but he will be formally charged in court,” Albayalde said.

[He was not arrested during that time because it has been a while since it happened, but he will be formally charged in court.]

According to Albayalde, the police will file a complaint even as Olivar said that he has learned his lesson.

Presidential Decree No. 1727 prohibits anyone from cracking bomb jokes or malicious spreading of false information on bombs. Offenders can face imprisonment of up to five years and/or a fine of up to P40,000.

In a separate statement, Director Guillermo Eleazar, chief of the National Capital Region Police Office (NCRPO), also answered criticisms of alleged “special treatment” for Olivar after the police held a press conference with the blogger and Uson over the weekend, instead of arresting him outright.

“Mr. Drew Olivar was not arrested during the press conference because the ‘bomb scare’ incident in which he figured in does not fall within any of the circumstances of valid warrantless arrest under Section 5 of Rule 113 of the Revised Rules of Criminal Procedure,” Eleazar said.

The rule he was referring to allows a warrantless arrest only if the suspect is caught in the act of committing the crime.

“While it could be considered as a continuing crime, the offense had already been consummated days before the appearance of Mr. Olivar at the NCRPO office not to mention that the meeting happened after the supposed occurrence of the bomb threat … But we can have the case referred to the prosecutors’s office through regular filing and hopefully, we can get a warrant for his arrest,” Eleazar said.

Palace: It’s up to PNP

For its part, Malacañang will leave it to the PNP to pursue charges against Olivar with presidential spokesperson Harry Roque saying he trusted the PNP would do its mandate.

“It’s up to them. General Albayalde knows what his job is, and I have nothing but the highest respect for them,” he said at a press briefing on Monday.

Roque made the remarks as Albayalde announced that charges would be filed against Olivar for violating the law that declared as unlawful the malicious dissemination or willful making of threats concerning bombs or explosives. —With a report from Julie M. Aurelio /je /pdi /atm