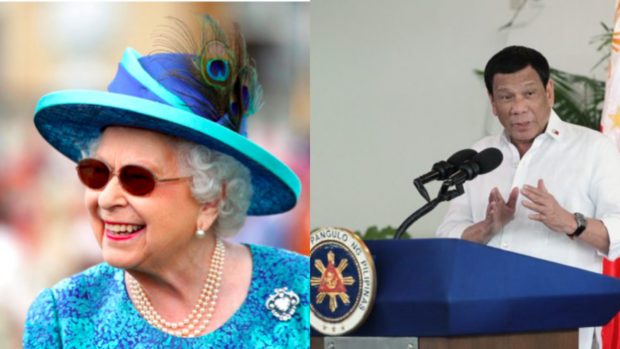 The official website of The Royal Family made the message public on Tuesday, three days after Ompong hit Northern Luzon.

“I was deeply saddened to learn of the loss of life and the devastation caused by Typhoon Mangkhut,” the royal wrote to Duterte. “Prince Philip and I send our sincere condolences to all the victims, to those who have lost loved ones, and to those who have seen their homes and property destroyed.”

“My thoughts and prayers are with all those affected by these tragedies,” her letter ended.

Based on a previous report by Radyo Inquirer 990AM, Ompong left 82 dead as recorded by the Philippine National Police. Meanwhile, the Department of Public Works and Highways said that the typhoon damaged roads at the cost of P2.3 billion, with some still impassable.  /ra

Royal etiquette for the Trumps: Don’t hug, kiss the queen