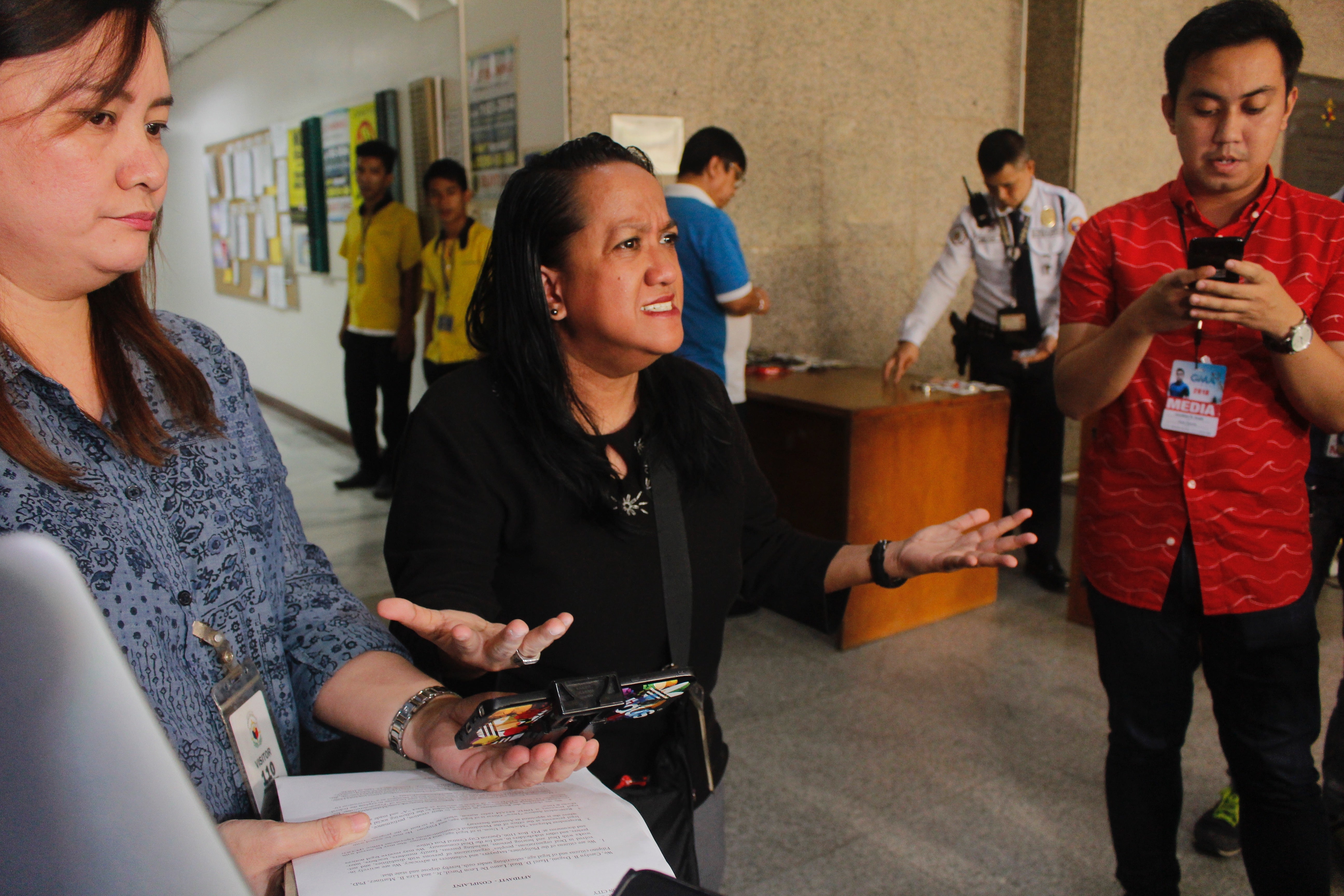 Philippine Federation of the Deaf president Carolyn Dagani explains why their group will not accept the apologies of Communication Assistant Secretary Mocha Uson and blogger Drew Olivar (Photo by Gabriel Pabico Lalu / INQUIRER.net)

A group representing the deaf communities in the country on Thursday rejected  the apology of Communications Assistant Secretary Mocha Uson over a video she took, showing a blogger making fun of the sign language.

“No we don’t accept it.  There’s so many deaf people that we have asked, and we’d like to tell you that they don’t accept the apology,” Philippine Federation of the Deaf President Carolyn Dagani said in an interview before she and three others filed a complaint against Uson and blogger Drew Olivar at the Office of the Ombudsman.

“Disability cuts across different dimensions … and they looked down on us, this is hurtful for us that we will never forget,” she added.

Even after the apology was made, Dagani hopes Uson and Olivar would be penalized  noting that their behavior  could leave a lasting effect on the welfare of deaf Filipinos.

“It’s easy for them to apologize and change their minds but this will really set a bad example if it is not penalized,” she said.

“‘Yong pinaglalaruan, na ginaya kami, isipin niyo that’s a bad example that could be copied by other people.  It’s like they stepped on us, they crushed us, with what they did,” she added.

Uson and Olivar are facing complaints for violating certain sections of R.A. 9442 which amended the Magna Carta for Persons With Disability, the Code of Conduct for Government Officials, and the Cybercrime Prevention Act of 2012.

In the controversial video, Uson filmed Olivar while mimicking the sign language for their “Pepederalismo for the deaf” video.  According to the complainants and sign language experts, what Olivar did was gibberish and not sign language.

Senator Nancy Binay and the Commission on Human Rights (CHR) have also slammed Uson and Olivar for disrespecting the sign language.

It would be recalled that Uson and Olivar also drew flak in August for their “pepedederalismo” video about federalism.  /muf