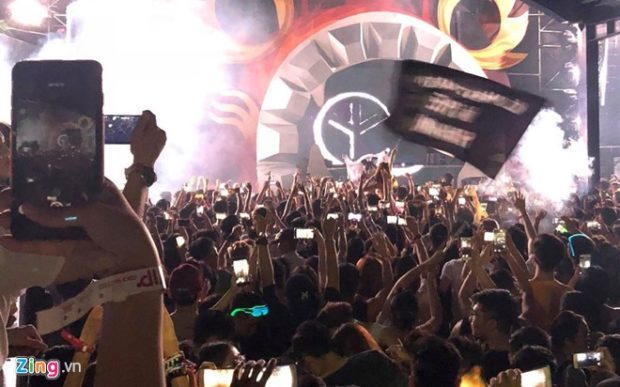 HANOI — Police in Hanoi have launched an official investigation into drug use following the tragic deaths of seven young people at a music festival that shocked the country.

News of the fatal incident broke on Monday morning with the police later confirming at a press conference that twelve young adults – nine men and three women – aged between 18 and 30, attended an electronic music event named ‘Trip to the Moon’ at the West Lake Water Park in Tay Ho District on Sunday night.

Of the victims, one was dead on arrival at hospital while six died shortly afterwards despite emergency treatment.Three remain in a coma while another two regained consciousness on Tuesday and were recovering.

The incident was believed to be the worst narcotics-related case in Vietnam, prompting authorities in Hanoi to stop licensing these events until results of the investigation are announced.

Initial tests on two victims admitted to Bach Mai Hospital showed that they had used synthetic drugs and crystal meth.

Police, however, were waiting for the autopsy results, Vien added.

Vien said that the water park was in charge of security at the event.

“We are looking into how many drugs were brought into the venue and how the victims were able to do that. We will release a report as soon as possible,” he said.

The festival was part of a series of events held for the third Vietnam Electronic Weekend, attracting thousands of young people for live music by professional foreign DJs, laser shows and other activities.

A Chau Connected Agency was the organiser of the festival which was legally licensed by the Hanoi Department of Culture and Sports.

In a press release on Tuesday, the company sent condolences to the families of the seven dead victims and regards to those who are still being treated.