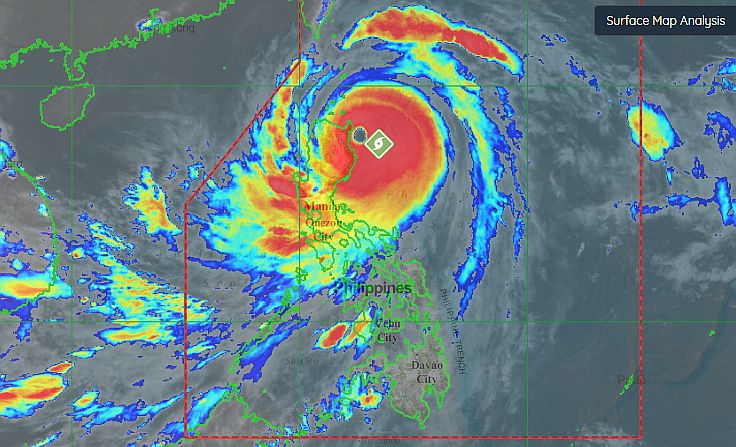 At 10:00 p.m., the eye of Ompong was located based on Daet radar and other available data at 190 kilometers east of Tuguegarao City, Cagayan, the Philippine Atmospheric, Geophysical and Astronomical Services Administration (Pagasa) said in its latest bulletin.

It was packing 205-kilometer per hour (kph) winds and gusts of up to 255 kph while moving west north-west at 30 kph or a slight deviation from its previous path of north north-west.

The other storm signals are the following: