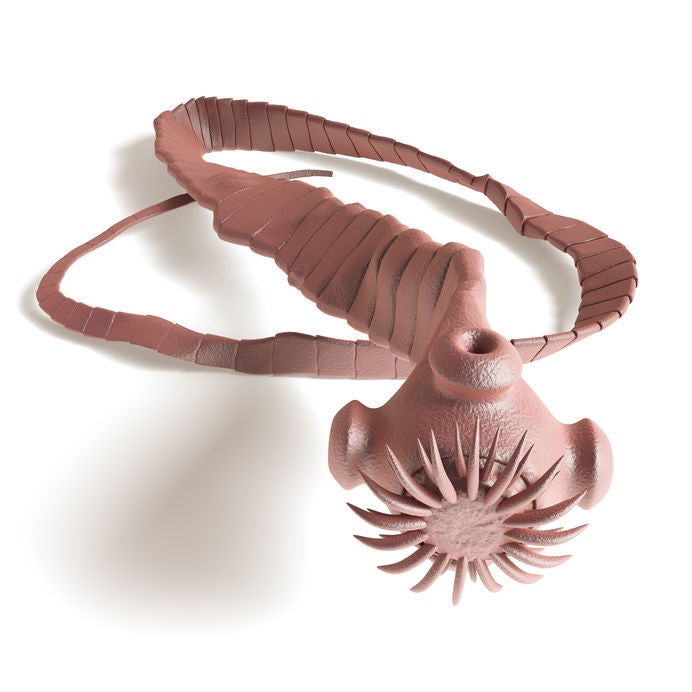 A live 10-centimeter tapeworm was extracted from a Chinese man’s brain after he started getting epileptic fits.

The 26-year-old man, identified with the last name Liu, was admitted and operated on at the First Affiliated Hospital of Nanchang University in Nanchang, Jiangxi province, on Sept. 10. Liu had previously been in good health before he started experiencing epileptic episodes, reports South China Morning Post.

Dr. Wang Chunliang, who led the treatment, discovered the worm after blood tests showed signs of the tapeworm Spirometra mansoni.

“The worm was still alive when we took it out,” said Wang. “It was springy, white all over, and could swim.”

The contaminated water may have harbored the parasites, which were in turn ingested by domesticated animals that get slaughtered for food. A report in Jiangnan City Daily suggested Liu might have gotten the tape worm from undercooked grilled food which he frequently consumed.

Guo said the worm in its egg state might have ridden Liu’s blood stream and got deposited in the man’s brain. When a worm gets deposited in the brain, some of the symptoms that will manifest include headache, nausea, bleeding of the blood vessels, and epilepsy.

“Because the brain receives nearly a quarter of the human body’s blood supply, the possibility of a worm reaching the brain and staying there is relatively higher than for other organs,” said Guo.

Similar cases have popped up around mainland China over the years and the patients were usually in the habit of drinking untreated water.  Alfred Bayle /ra

2.8m-long tapeworm found in patient who had no symptoms