SWS: Job optimism down even as joblessness rate drops in Q2 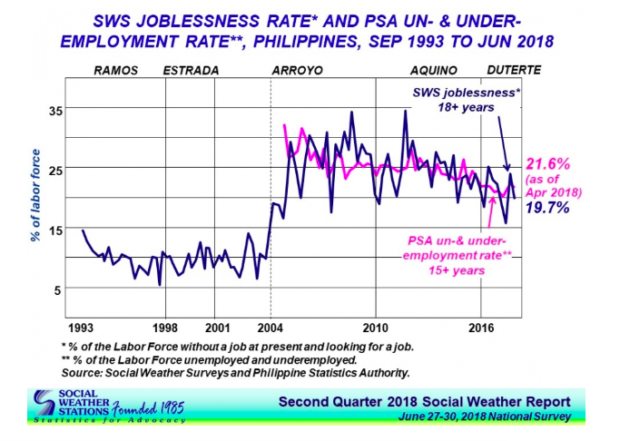 The  number of jobless adults in the country dropped to 8.6 million in the second quarter of 2018, but fewer Filipinos were optimistic on job availability, according to the Social Weather Stations (SWS).

In the Visayas, the joblessness rate declined to 19 percent in June from 21.6 percent in March 2018.

The survey was conducted from June 27 to 30 through personal interviews of 1,200 adults in the 18 years old and above age group nationwide. It had a sampling error margins of ±3% for national percentages, and ±6% for Metro Manila, Balance Luzon, Visayas, and Mindanao.

The SWS data on jobless adults is composed of those who resigned (9.5 percent), retrenched (6.8 percent) and first-time job seekers (3.4 percent).