Paddling introduced to punish erring students in US charter school 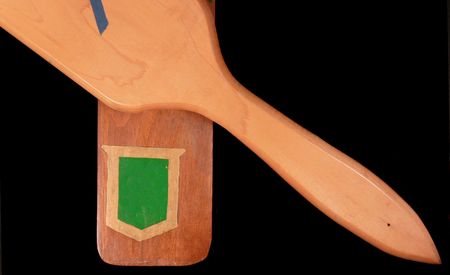 A charter school in the United States is bringing back paddling as a form of punishment to its erring students. The Georgia School for Innovation and the Classics (GSIC) in Hephzibah, Georgia recently sent consent forms to parents of students, informing them of the new disciplinary measure.

“There’s no obligation, it’s not required,” GSIC superintendent Jody Boulineau told WRDW-TV on Sept. 11. “A parent can either give consent for us to use that as a disciplinary measure or they can deny consent.”

As per the report, the consent form stated that “a student will be taken into an office behind closed doors.” They would then have to place their hands on their knees or furniture and be struck on the buttocks with the paddle. The form stated too that a student shall get no more than three swats.

The school has since received a mix of reactions from the students’ parents. According to Boulineau, some were glad that the policy was introduced, while others were up in arms.

“I’ve heard, ‘Great, it’s about time, ‘Were so glad that this is happening again, they should’ve never taken it out of schools.’ All the way to, ‘Oh my goodness I can’t believe you are doing that,'” said Boulineau.

Parents who don’t consent to the paddling must instead agree for their child to receive up to five days of suspension. Meanwhile, parents who agree to the paddling will still be contacted; GSIC will be using a “three strike policy” to ensure the paddling won’t happen on the student’s first or second offense.

Georgia is among 19 states that still allow corporal punishment in schools. GSIC, however, was reported to be the only school in the area that will begin paddling erring students this year. Cody Cepeda/JB

DepEd says no to corporal punishment