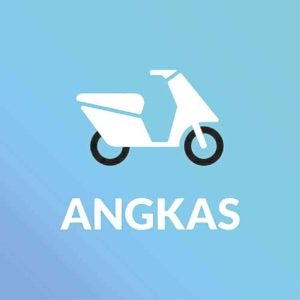 The Department of Transportation (DOTr) and the Land Transportation Franchising and Regulatory Board (LTFRB) are coordinating with the Office of the Solicitor General to appeal a recent court ruling allowing motorcycle-hailing service Angkas to resume operations.

Speaking to reporters on Saturday, LTFRB Chair Martin Delgra III said that he and the DOTr would contest the ruling based on a law which stated that motorcycles for hire could not be considered public transport due to safety issues.

Delgra did not go into details but it was likely that the agencies would ask the Court of Appeals to reverse the writ of preliminary injunction issued by Judge Carlos Valenzuela of the Mandaluyong Regional Trial Court Branch 213.

Valenzuela’s order blocked the DOTr and LTFRB from interfering in Angkas’ operations and from apprehending its riders while he hears Angkas’ original petition for declaratory relief.

The LTFRB shut down the operations of the local transport network company (TNC) last year for allegedly operating without a franchise.

Delgra asserted that motorcycles for hire like Angkas could not be considered transport network vehicle services (TNVS), a ride classification coined by the LTFRB to refer to privately owned cars being used as public utility vehicles.

This was based on Republic Act No. 4136 which considered two-wheeled vehicles “unsafe.”

According to 2017 government data on road safety, motorcycle crashes were the deadliest among other vehicle types with 24,000 cases that left 240 people dead and over 12,000 injured.

But motorcycle advocates maintained that these fatal accidents could be avoided by legitimizing for-hike bikes and professionalizing the industry.

Delgra conceded that if there was “a clear public need to consider (two-wheeled vehicles) as TNVS, then we should amend the law via Congress.”

But for now, the government was focused on modernizing mass transit starting with jeepneys, UV Express taxis and passenger buses to ease mobility and road safety, he said.