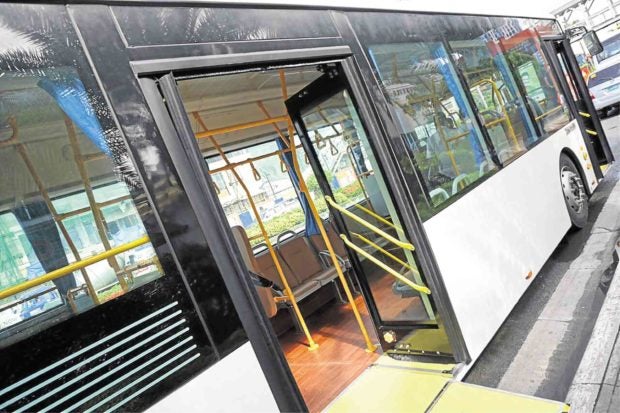 Amid the deployment of new modern buses under the government’s public utility vehicle (PUV) modernization program, the Land Transportation Franchising and Regulatory Board (LTFRB) said it was open to fare hike applications provided operators comply first with the program.

The new buses, launched by the Department of Transportation (DOTr) on Saturday, cost between P6 million and P16 million and would soon ply routes in Makati, Cainta, Taguig, and the regions of Central Luzon and Bicol.

The 37-seater city buses are low-floor, low-entry and equipped with spacious aisles and ramps to accommodate persons with disabilities.

On the other hand, the point-to-point and provincial buses have at least 49 to 72 recliner seats as well as gaming and entertainment screens, lavatories and even a driver’s cabin for long trips.

The buses comply with the technical and dimensional standards listed under the modernization program, including installed CCTV units, Wi-Fi, dash cameras and GPS to ensure passengers’ safety.

Delgra, however, assured operators that the new buses, while costly, were cheaper to operate and maintain as these follow environmental standards.

He allayed concerns that they might trigger a flurry of fare hike petitions that could further burden commuters already buckling under a high inflation rate and the soaring prices of basic goods.

“While we are open to requests for fare hikes, we want to ensure that the buses offer good service, not just because [these] are more modern but because they could be relied on by commuters,” Delgra said.

In a later speech, he said the government “owed it to the public to push modernization even further” as he recalled the deadly bus crashes in Tanay, Rizal, and Occidental Mindoro that involved buses that were either too old or poorly maintained.