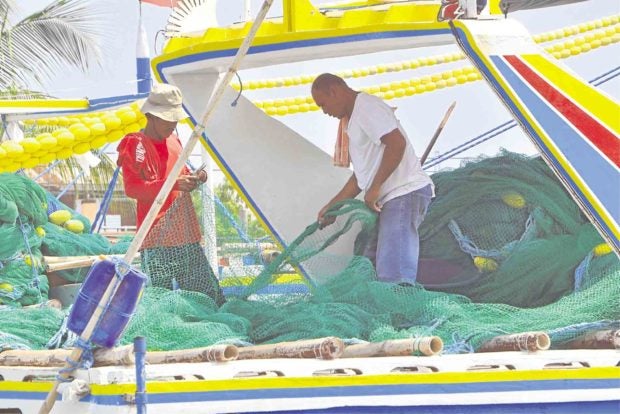 The use of Danish seine and modified Danish seine, destructive fishing methods practiced by local fishermen in Philippine waters, was banned through Fisheries Administrative Order No. 246 signed by then Agriculture Secretary Proceso Alcala.

Danish seine, locally called “buli-buli,” is a fishing gear consisting of a conical net with a pair of “wings” connected to a rope embedded with plastic strips, sinkers or other similar materials.

It is hauled through a mechanical winch or by manpower. Modified Danish seine is similar except that ropes pass through a ring permanently attached to a tom weight (“linggote”), which is deemed detrimental to coral reefs, seabed and other marine habitats.

A six-month grace period was given to fishermen to restructure or convert their nets to legitimate fishing gear.

Officials of the revolutionary government convened at the church of Barasoain in Malolos, Bulacan province, to draft a Constitution for the Philippines.

Known as the Malolos Congress, the delegates were composed of both appointed and elected officials representing all the provinces.

On Nov. 29, 1898, the Congress approved its draft Constitution. After a few amendments, Aguinaldo approved the draft a month after and promulgated the Constitution on Jan. 21, 1899.