Trillanes: ‘God is with me’ | Inquirer News
Close
menu
search

Trillanes: ‘God is with me’ 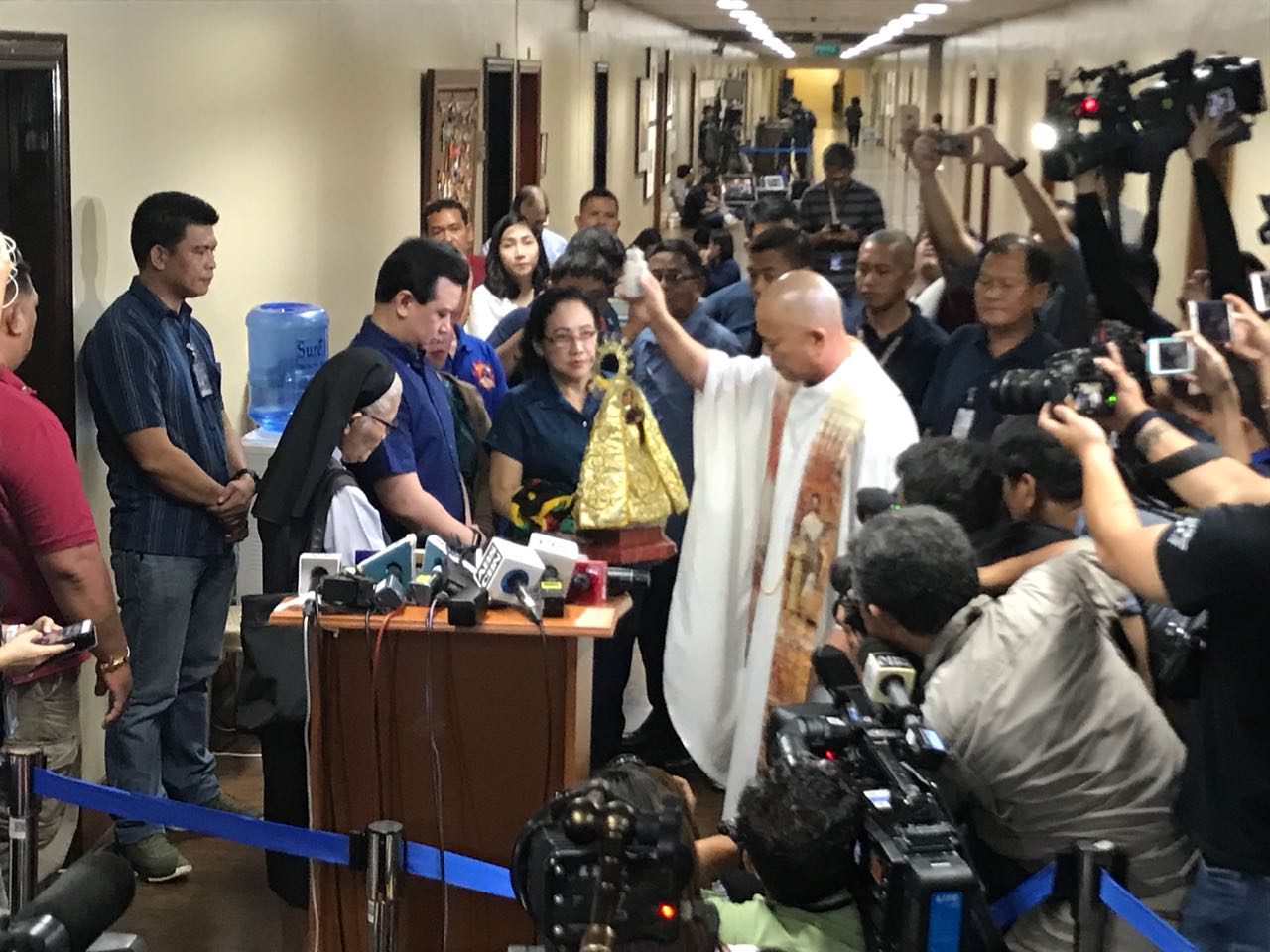 Father Robert Reyes prays over Sen. Antonio Trillanes IV on the 3rd day of Trillanes in the Senate. Noy Morcoso/Inquirer.net

Senator Antonio Trillanes IV said he is sure that he will prevail over the order of President Rodrigo Duterte to have him arrested, saying God is with him in this battle.

“We will emerge victorious with the fact that God is with us,” he said during the visit of “running priest” Fr. Robert Reyes in his office at the Senate.

“This reminds us that we are on the right side. ‘Yun pong kalaban natin ay hindi naniniwala sa Diyos, galit po sa Diyos (Our enemy does not believe in God, he’s angry with God), and it gives us confidence in this particular battle we are facing,” Trillanes said.

Reyes, known for his strong political views, also asked the Lady of Peñafrancia of Bicol to save the country from what he says is dictatorship being shown by the President.

“Mother Mary, save us from this dictatorship, from the dictatorship of lies, of power,” Reyes said during his prayer.

According to Reyes, the country needs the guidance of Mother Mary under the leadership of President Duterte, just like in the Edsa Revolution that ousted former President Ferdinand Marcos.

“It is a terrible curse to be blinded by someone who does not love you, by someone who only loves himself,” he said on Duterte, whom he accused of being someone “whose heart is not with the people.”

Reyes also called on the Armed Forces of the Philippines not to arrest Trillanes based on the President’s order.

Trillanes has been sleeping in his Senate office for three nights now as of this posting. Senate President Vicente Sotto III earlier said Trillanes cannot be arrested within the Senate grounds. /muf

LOOK: This is the Senate couch that Trillanes sleeps on

Trillanes kept awake at night, being vigilant as he sleeps in Senate office