Trillanes kept awake at night, being vigilant as he sleeps in Senate office 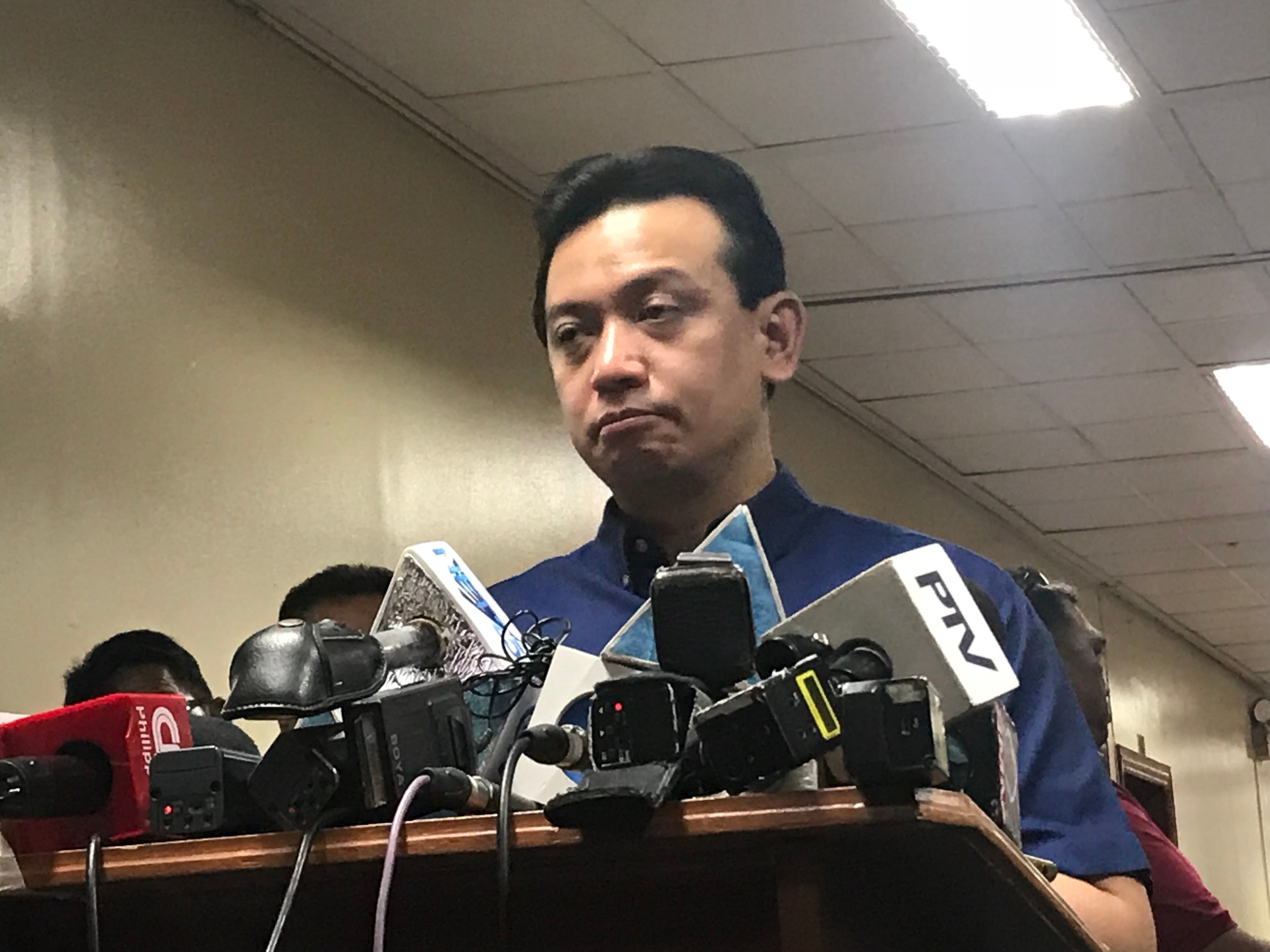 Senator Antonio Trillanes admitted that Thursday night was particularly long for him as there was the possibility that he could have been arrested as he slept at his Senate office.

“Actually nagbihis lang ako, nagpalit lang (I just changed clothes). It was a long night,” he said in a press briefing on Friday.

“Talagang we have (We really have) to be vigilant, we have to be prepared… Adrenaline will keep you awake,” he added.

Trillanes said he has already prepared some personal belongings, including toiletries for his possible arrest.

He also thanked his supporters and those who has been visiting him at his office to give their support.

(To those who extend support for what is happening, thank you. That’s a big thing for me. Your prayers really give me strength.) /muf