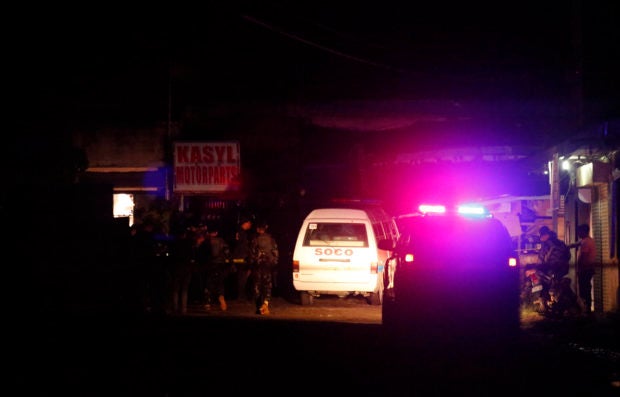 Authorities investigate the site where a homemade bomb exploded in Isulan town in Sultan Kudarat on September 2, 2018. PHOTO by Jef Maitem/Inquirer Mindanao

Supt. Aldrin Gonzales, speaking for PRO-12, said the fatality, identified as Jan Mark Palencia Lupa, was one of eight people rushed to the Sultan Kudarat provincial hospital. He was declared dead while undergoing emergency operation.

Of the seven who remained in the hospital one was in critical condition, Gonzales said.

Authorities here have warned the public to stay at home and remain calm. Gonzales also urged the public to refrain from posting unconfirmed reports in social media related to the Isulan incident.

The improvised bomb exploded just outside the Prince internet café along Valdez Street in Barangay Kalawag 2 at 7:28 p.m, according to Gonzales.

He said police scene of the crime operatives are now working at the blast site. 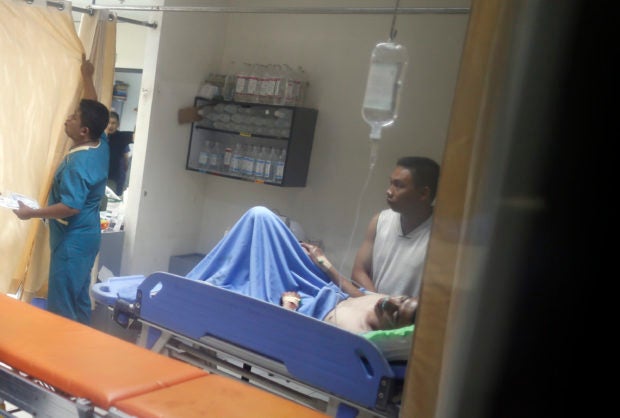 Today’s bombing came after a man set off a powerful improvised bomb along rows of used-clothing stores in Barangay Kalawag 3 on August 28 that left three persons dead and 36 injured.

The bombing came as the town was celebrating its foundation anniversary and Hamungaya festival. Activities related to the founding anniversary had been canceled.

Sultan Kudarat Gov. Pax Mangudadatu has offered P1 million reward for any information leading to the arrest of the Aug. 28 bombing. /ee