Hundreds of fish die in lagoon in tony Malibu, California 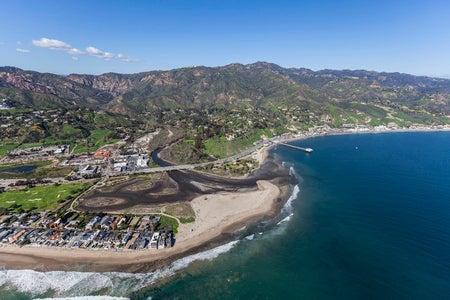 LOS ANGELES (AP) — California officials were trying Monday to solve a stinky mystery: A die-off has left hundreds of fish floating in a recently restored lagoon on the tony Malibu coast.

“We had many days in a row of warmer-than-usual temperatures. We hadn’t had much of a breeze down there to keep the temperatures down,” Sap said.

Other possibilities include elevated nutrient levels, dropping levels of dissolved oxygen or having too many fish in the lagoon. Officials are taking water samples and fish for testing.

Major conservation groups, including Sierra Club and Audubon Society chapters, backed the restoration, but others sued to stop the project, contending it would destroy sensitive wildlife habitat. The battle lasted for years but the project finally broke ground in 2012.

The die-off has raised locals’ concerns about what some call failures in the project.

Sap said breaching manually would cause more damage to the ecosystem.

“What you end up doing is, some species that are not meant to be there get in, and species get flushed out when they shouldn’t have been,” Sap said.

He said the lagoon project improved the ecosystem by providing better oxygen levels and the number of fish in the lagoon has since increased. NVG

US to impose visas restrictions for pregnant women