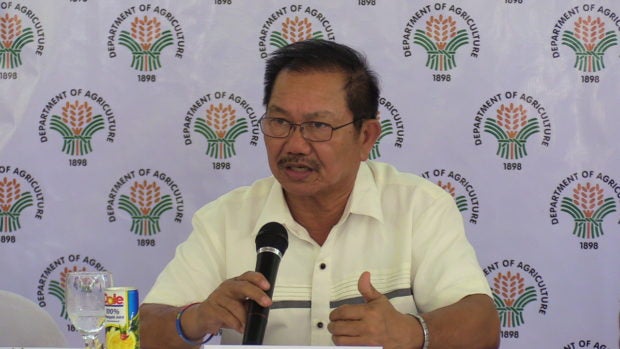 The Department of Agriculture (DA) is planning to import “galunggong” (round scad) every closed fishing season starting this year to stabilize the prices and supply of the fish variety in the market.

Talking to reporters on Thursday, Agriculture Secretary Emmanuel Piñol said the plan is seen to address the reduction in the supply of galunggong in the market that has been the result of the government’s annual imposition of a fishing ban.

Beginning in 2011, the DA-attached agency Bureau of Fisheries and Aquatic Resources (BFAR) imposes an annual three-month fishing ban across the country’s municipal waters to give fish species time to spawn and replenish its population.

The season usually stretches from October to February when sardines, herring, galunggong and other fish species mate.

According to the secretary, the country has been importing galunggong for canning and processing. However, this would be the first time that the imports would be sold directly to wet markets.

To recall, DA has allowed the importation of some 17,000 metric tons of galunggong this year to arrive starting next month.

Asked until when the government would import the fish variety, Piñol said it’s “uncertain.”

“I don’t think we’ll be able to stop importation,” he said. “I don’t see anything wrong with importing as long as we don’t run over our fishermen.”

While there may be a shortage of galunggong in the market, Piñol clarified that there is an abundance of them in the Philippine waters.

The problem, however, are in the fishing restrictions imposed by BFAR that are deterring both small-scale and large-scale fishermen to improve their catch.

To conserve and improve the health of the country’s fisheries, BFAR has not only imposed a fishing ban but has disallowed commercial vessels to fish in municipal waters. It has also intensified its monitoring activities of illegal fishing activities.

Studies made by the agency showed that this has been the major cause for the country’s fisheries output to decline.

Since last year, data from the Philippine Statistics Authority showed an 11.89 percent reduction in galunggong production last year. This further declined to about 7.36 percent in the first semester.

Piñol admitted that in the context of addressing prices, importing galunggong may be a “band-aid solution,” but noted that the agency is now looking to amend its fishing restrictions to augment the supply of fish in the market without neglecting its conservation efforts. /jpv