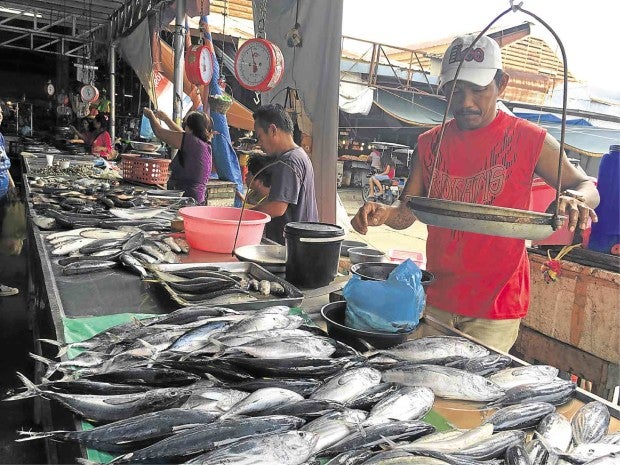 The House of Representatives on Wednesday approved on third and final reading a bill that seeks to establish “Timbangan ng Bayan Centers” in all public and private markets nationwide and penalize those who tamper weighing instruments after these are officially sealed.

Arroyo earlier said the establishment of Timbangan ng Bayan Centers would provide the buying public with an effective means of checking the accuracy of the weight and quantity of the goods they are buying.

The bill specifically seeks to amend Republic Act No. 7394, or the “Consumer Act of the Philippines.”

The proposed measure would insert a new Article 62-A in Chapter 11 of RA 7394 which mandates all local government units (LGUs), through their provincial, city or municipal treasurers, to establish Timbangan ng Bayan Centers in all markets nationwide, public or private, including flea markets or tiangges.

Once enacted into law, instruments for determining weights and measures would be open for and accessible to anyone who needs to verify the accuracy of the quantity and measurement of the products they purchase, according to the bill.

The safekeeping and maintenance of said instruments would also be under the control and supervision of the market supervisor who would likewise be in charge of keeping a record of every product found to be wanting in quantity or substandard in dimension, as well as the establishment where the product was bought, including the name of the proprietor or manager thereof.

The prohibited acts relative to weights and measures provided under Article 64 of RA 7394 would likewise apply to Timbangan ng Bayan instruments.

Further, the bill seeks to amend Section (h) of Article 64 of RA 7394 so that it should be prohibited for any person “to fraudulently alter, tamper, vandalize or destroy any scale, balance, Timbangan ng Bayan, weight or measure after it is officially sealed.”

The bill likewise seeks to amend Article 65 (Penalties) of RA 7394, so that “any person who shall violate the provisions of paragraphs (a) to (f) and paragraph (l) of Article 64 or its implementing rules and regulations shall, upon conviction, be subject to a fine of P50,000 to P300,000  or by imprisonment of one year to five years, or both upon the discretion of the court.”

The present penalty includes fine of P200 to P1,000 or imprisonment of one year,  or both, upon the discretion of the court.   /kga