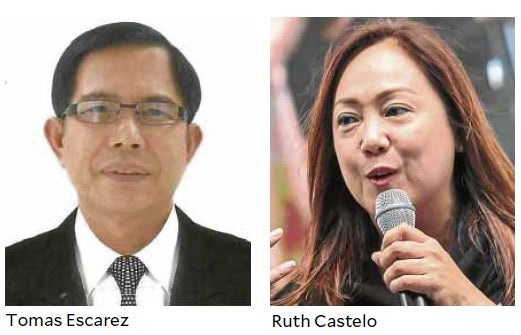 Who’s to blame for the shortage of “cheap” rice that has resulted in the spike in the prices of the staple?

Officials of the National Food Authority (NFA) and its governing body, the NFA Council, traded barbs on Tuesday in the House of Representatives as lawmakers moved in to address the NFA’s depleted rice supply for a nation of 106 million rice-consuming people.

Facing off before the ways and means committee, the officials tasked with ensuring a steady supply of rice for the poor locked horns over the reasons for the inadequate supply of NFA rice.

NFA Deputy Administrator Tomas Escarez said the agency had requested the NFA Council in October 2017 to allow it to import 1 million metric tons of rice to increase the country’s buffer. But the approval came only last May.

Escarez said the delay in the procurement led to the surge of rice prices as the supply of NFA rice was depleted before the imported rice arrived in June.

“This is not our fault,” Escarez told the committee chaired by Quirino Rep. Dakila Cua.

“The NFA Council, after so many months, did not act on it, resulting in the higher prices of rice. The NFA Council always said that the private sector could take care of it,” Escarez said.

He pointed out that the NFA mandate was to ensure a 15-day regular buffer and 30 days during the lean months. “Now, we only have seven days (of buffer stock).”

He said the “circuitous bureaucracy” also made the process of buying imported rice difficult. “We have a council above us. It is the council which will say how much and when to procure.”

But Trade Undersecretary Ruth Castelo, a member of the NFA Council, countered that the failure of the NFA to submit to the council its inventory was the cause of the delay.

“The council asked for an inventory of the rice supply even before the NFA requested for importation. The NFA was not able to submit it,” Castelo said.

She also insisted that the NFA pronouncement that there was a rice shortage led to spiraling rice prices.

“The NFA is just there to stabilize the rice prices when there is not enough rice in the market,” she said.

To which Escarez responded, “We have records of our meetings wherein we told them . . . our recommendations.”

“Why will we lie (about the rice stocks?)” he said.

The exchange prompted Surigao del Sur Rep. Prospero Pichay Jr. to ask for the official records of the meetings between the NFA and the NFA Council to find out how the two bodies acted on the problem.

“Agencies under the executive branch should work as a team,” Pichay told them.

Rice imports have started to arrive in the country.

The NFA in Bicol said the 164,000 bags of imported rice from Thailand arrived on Saturday and were still awaiting clearance from customs and health authorities before these could be unloaded at the Tabaco City port.

Nelsie Alcantara, the agency’s regional spokesperson, said the new shipment was part of the 800,000 bags of imported rice allotted for Bicol for the year.

It will be unloaded after the 12-day fumigation and aeration of 174,000 bags of rice that arrived earlier this month is finished on Wednesday.

The first shipment was found to be infested with weevils (“bukbok”).

At Subic Bay Freeport, the unloading of 130,00 sacks of rice from Thailand last week was delayed because it was also infested with weevils.

Alcantara said the new rice shipment would be distributed to the six Bicol provinces.

At present, rice was being sold at the NFA in Legazpi City for P27 per kilogram; while accredited outlets sell it for P32 per kilo, for up to three kilos.

Commercial rice was being sold at P45 to P50 a kilo.

About 219,000 sacks of Thai rice arrived at the Tacloban City port on Aug. 10, according to NFA Regional Manager John Robert Hermano.

The depletion of the NFA buffer, along with the curbing of smuggling of rice from Malaysia, created a severe rice shortage in Zamboanga City, Sulu, Basilan and Tawi-Tawi.

The crisis prompted the administration to divert to the city part of whatever NFA rice was allocated to other areas.

Davao City Rep. Karlo Nograles on Tuesday said the NFA must ensure the proper prepositioning of rice stocks in areas where the prices of the staple had been surging.

In Basco, Batanes province, a military cargo plane landed on Tuesday with 70 bags of rice for Itbayat, the northernmost town that had run out of low-priced grains.

The provincial government said NFA rice stocks had dwindled, and residents and transient workers could not afford the more expensive commercial rice in the market.

Bad weather in the last two weeks had prevented fresh supplies from being shipped to Batanes, the northernmost province. A vessel carrying an emergency shipment of 300 bags has yet to arrive from Manila.

Although commercial rice has been available in Itbayat, a kilo sells from P60 to P70, compared with P32 for NFA rice, residents said.

“We have been boiling bananas instead. At least these are in season,” said Jenylee Ann Castillo, a resident who joined the military plane back to Basco.

The NFA was expecting a regular shipment of 10,000 bags for Batanes, but did not say when it would arrive.