Only clean fun for tourists in Boracay 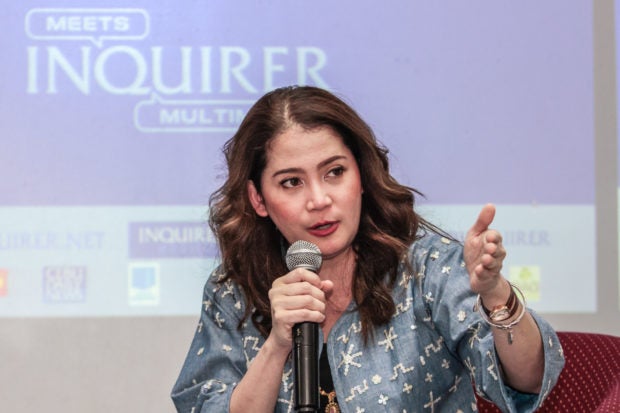 Tourists visiting Boracay after it reopens in October should not expect a spick-and-span resort island and should be ready for restrictions aimed at ensuring that it won’t suffer from the same problems that caused its closure in the first place, according to Tourism Secretary Bernadette Romulo-Puyat.

“How can you rehabilitate an island under a state of calamity in only six months?” Puyat said at the Meet Inquirer Multimedia forum on Tuesday.

“We are managing expectations. It will be open, but don’t expect all the roads to be completed,” she said, referring to part of the infrastructure improvements planned in one of the Philippines’ most popular tourist destinations.

Environment Secretary Roy Cimatu earlier said local tourists, especially from Aklan province, would be welcomed to visit for a “dry run” from Oct. 16 to 25. This would allow the Boracay Inter-Agency Task Force (BIATF) to assess what else needed to be done before reopening the island.

The task force is still finalizing new guidelines for the island, which President Duterte called a “cesspool” and ordered its shutdown on April 26.

“LaBoracay” parties, which used to draw up to 70,000 tourists, will no longer be allowed, Puyat said.

Drinking and smoking on White Beach and other public places will be strictly prohibited, she said.

“[Boracay] is a public beach. You want your children, your family to walk around without stepping on broken glass and . . . cigarette butts,” she said.

There also will be no casinos on the island, Puyat said, quoting the President. “He has said that time and again,” she said.

Puyat said the study on the island’s carrying capacity had been completed, but the BIATF was still finalizing the figures.

Cimatu earlier said there was a daily average of 6,400 tourists and 19,000 other people on the island before it was closed.

The number of tourists would be regulated and airlines would correspondingly limit flights to the island, Puyat said, adding that the numbers would be announced after the task force finalized the figures.

Puyat said only the first phase of the rehabilitation would be completed by Oct. 26. The second phase will end on April 26, 2019, and the last phase at the end of next year.

She also said the upgrading of the island’s drainage system would be completed next year.

Puyat said she would again bring up to Cimatu’s attention the controversial agreement between the Department of Environment and Natural Resources (DENR) and the Lucio Tan-controlled Boracay Tubi System Inc. (BTSI) water service company to build 105 sewage treatment plants (STPs) on the island.

The agreement was signed by Cimatu on June 2. On June 26, he issued Memorandum Circular No. 2018-06 requiring all establishments with at least 50 rooms or clusters of establishments (those with less than 50 rooms) along the long beach to put up individual STPs.

Establishments with at least 50 rooms in other areas also need individual STPs.

The regulation will ensure that no untreated water will be released into the waters, according to Cimatu.

Each STP will cost P2.5 million to P3.5 million to build and it will be operated by BTSI, according to Jonathan Cabrera, senior business development manager of MacroAsia, a subsidiary of the Lucio Tan Group of Companies, which owns 80 percent of BTSI.

Those availing themselves of BSTI’s STP program are bound by a 10-year agreement that provides exclusive water supply and sewage services.