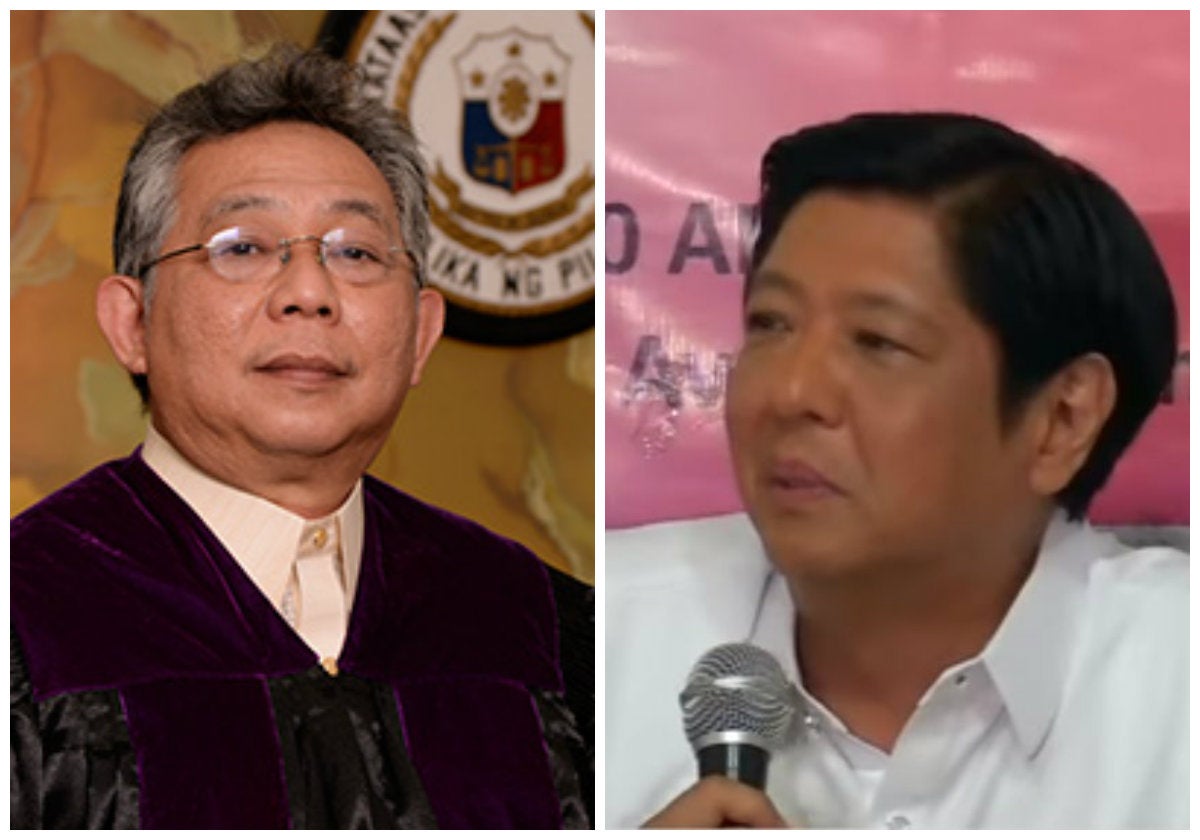 However, he also said, the outing of the Presidential Electoral Tribunal (PET) staff where one of Robredo’s revisors joined was the last straw for him to move against Caguioa.

“It is something (motion for inhibition) that had been thought about for a very long time, but I was very hesitant and had always advised against it,” Marcos said in a news forum.

“Kasi marami na talagang nangyari na nakikita namin na Justice Caguioa is not being fair, and has exhibited a clear bias against me and for my opponent,” Marcos also claimed.

Marcos cited the preliminary conference of previous vice presidential protests of losing candidates against eventual winners that have been scheduled quicker compared to his case, which, he said, took more than a year.

“First of all, having revisors of Robredo going out to party with the PET revisors, the tribunal revisors, is highly improper.  When we asked for an investigation, for an explanation from Justice Caguioa, ang sabi niya tapos na ‘yong imbestigasyon, at naparusahan na ‘yong mga nagkamali,” he said.

Robredo’s counsel, Atty. Romulo Macalintal, has dared PET to release closed circuit television (CCTV) footage of the outing, to prove that Marcos’ camp was fully aware of the outing since they even provided groceries for the excursion.

On August 6, Marcos filed a motion that asked Caguioa to recuse himself from being the ponente of his electoral protest against Robredo.

READ:  Bongbong wants Associate Justice out of his election case