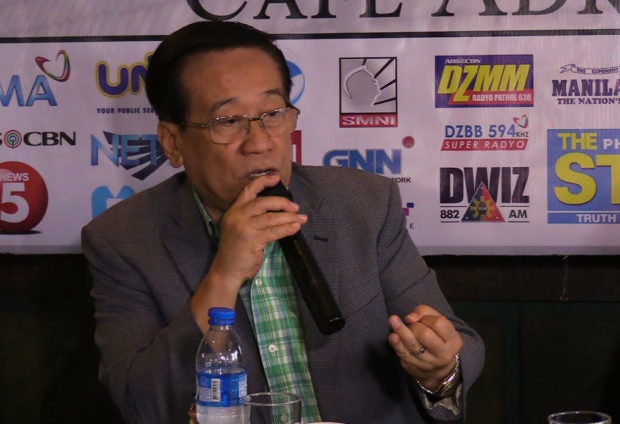 The camp of Vice President Leni Robredo on Wednesday said the camp of former Senator Ferdinand Marcos is also aware that revisors and staff of the Presidential Electoral Tribunal (PET) went on an outing in Laguna and the revisors of Marcos were also invited.

In a counter-manifestation, Robredo’s counsel, lawyer Romulo Macalintal, asked the PET to allow the release of the closed circuit television (CCTV) footage showing one of Marcos’ supervisors Roderick Miranda delivering snacks at the PET’s office days before the outing.

Macalintal said the footage would show Miranda leaving a bag of snacks before the June 22, 2018 outing to the fourth floor of the PET’s office.

He added that the footage would also prove that Marcos’ camp was also aware of the said outing as his revisors were also invited.

READ: Robredo revisors in poll recount caught in out of town trip with PET staff

“A closed circuit television (CCTV) footage will confirm Mr. (Roderick) Miranda leaving the bag of snacks in the fourth (4th) floor of the building,” Macalintal said.

Macalintal said the release of the CCTV footage will clear the name of the Vice President and her revisor from allegations that the outing is an attempt to gain the favor of the Tribunal’s personnel.

Macalintal added that an investigation was already conducted where some of the personalities involved were already meted with penalties.

“Inasmuch as we empathize with protestant Marcos in losing the Vice-Presidential race, he should be more candid to the Honorable Tribunal,” he added. With a report from Alyssa Javier / INQUIRER.net intern / jpv