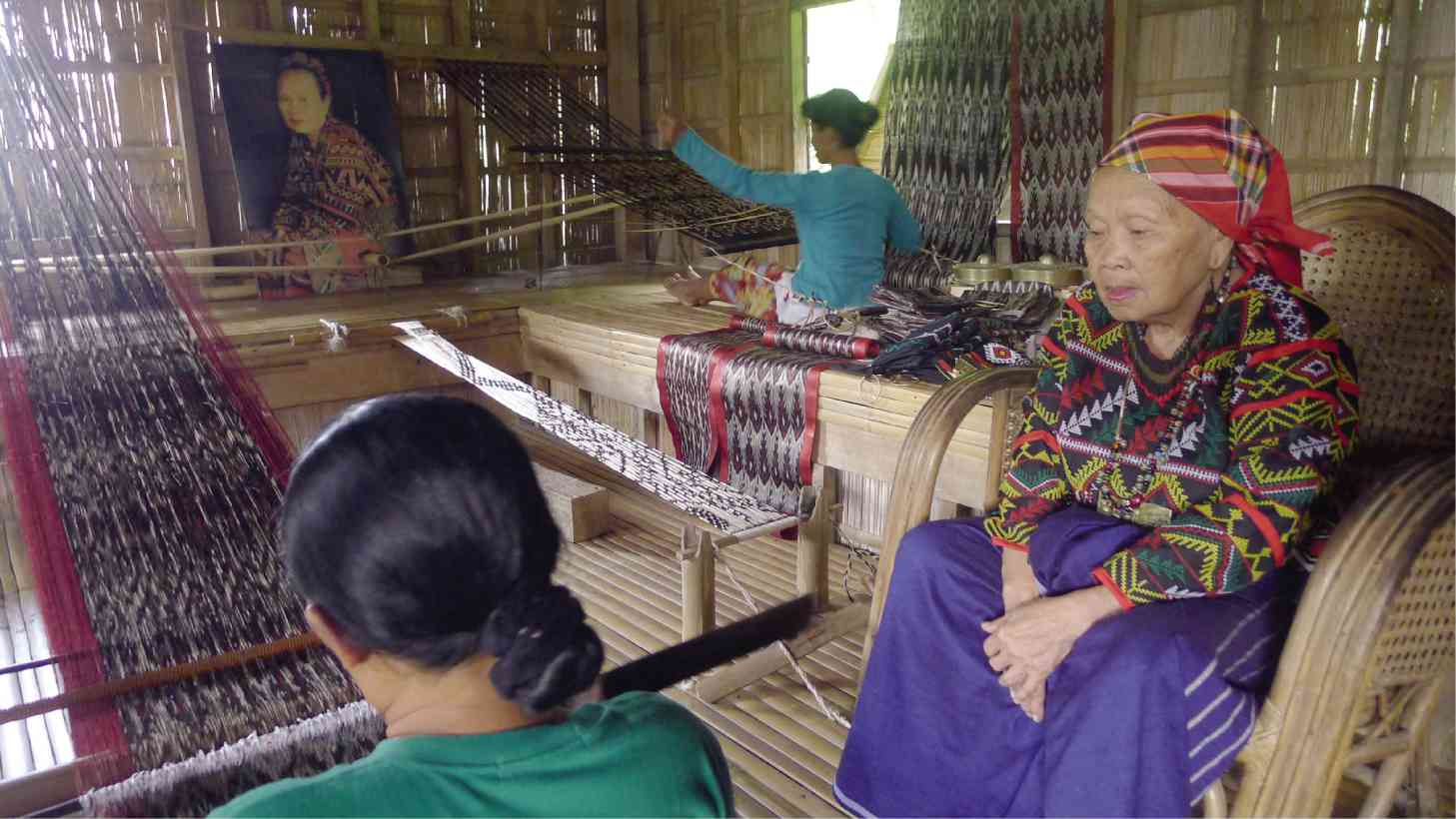 MASTER WEAVER In this file photo, the late master weaver Lang Dulay supervises young women as they weave the “t’nalak.”

LAKE SEBU, South Cotabato — More than three years after the death of Lang Dulay, acknowledged for her mastery of weaving the t’nalak, her legacy lives on among the T’boli tribe here.

Some 50 t’nalak weavers in Lake Sebu’s remote villages are making sure Lang Dulay, a T’boli princess, did not bring to her grave the traditional fabric that brought international fame to the town that is known for its lakes and waterfalls.

“The death of Lang Dulay did not discourage our t’nalak weavers from continuing the craft. Her life and body of work remain a beacon to us,” said Rosie Sula, founder of the Libun Hulung Matul, a group of T’boli women weavers and cultural dancers.

Sula said the remaining weavers were passing on their skills to their children and younger members of local communities.

Others are sharing their knowledge of the craft and cultural practices through schools of living tradition. 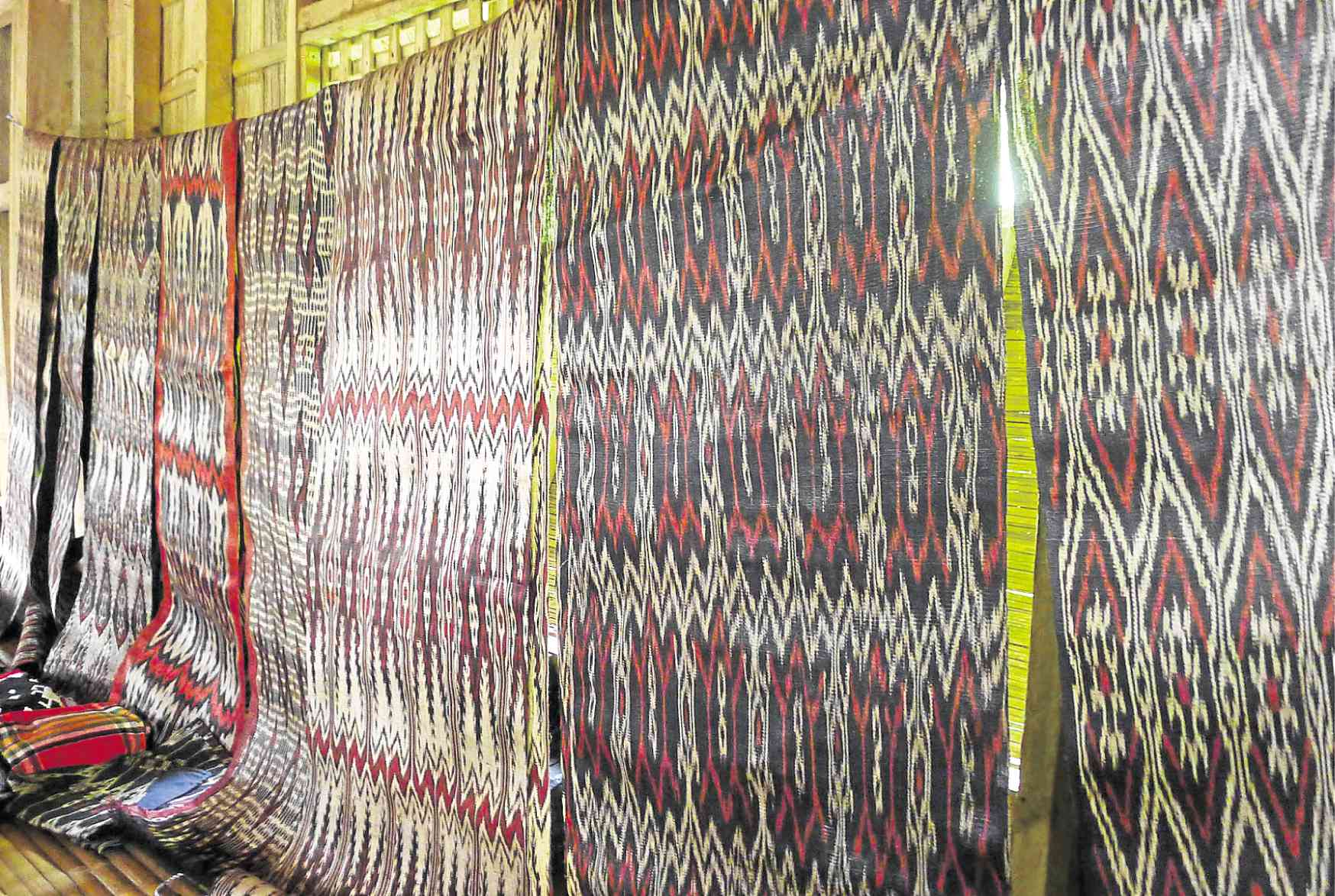 It takes at least three to six months to finish a roll, depending on the intricacy and length of the design.

In T’boli culture, only women are allowed to weave the t’nalak.

Lang Dulay was the face of the t’nalak tapestry that her town and the entire South Cotabato province proudly showcased to the world.

In 1998, she received the Gawad sa Manlilikha ng Bayan or National Living Treasure award from the National Commission for Culture and the Arts for keeping the art of t’nalak weaving alive.

Lang Dulay started weaving at the age of 12, learning the craft from her mother.

She mastered the art and produced more than 100 designs, inspired mostly by her dreams, hence the “dream weavers” tag for the T’boli artisans.

Until her death in 2015 due to an ailment and believed to be in her 90s, she kept t’nalak weaving very close to her heart.

As a legacy, she set up the Manlilikha ng Bayan Center at Sitio Tukolefa in Barangay Lamdalag, Lake Sebu, where she taught the craft to young tribe members to ensure that the weaving tradition would not disappear.

In honor of the colorful fabric, South Cotabato named its weeklong festival after the once obscure t’nalak, which the T’boli used to barter for horses and other goods years ago.

South Cotabato, which straddles 10 towns and Koronadal City, the seat of the provincial government, celebrated the 19th T’nalak Festival this year, culminating with the 52nd founding anniversary of the province on July 18.

As a tribute to t’nalak weavers, it adopted last year the tagline, “The Land of Dreamweavers,” as its official tourism and marketing campaign brand.

Gov. Daisy Avance-Fuentes said the T’nalak Festival was about sharing the “province’s best with the world”—its peoples, tourist destinations and investment potentials.

“(It) pays homage to South Cotabato’s ultimate cultural emblem, the t’nalak fabric, which best represents the fusion of cultures in this dynamic land,” Fuentes said.

“It is truly an event that benchmarks what makes South Cotabato and its people truly world-class,” she added.

Fuentes described t’nalak as the “fabric that weaves together the dreams of South Cotabato into becoming an attractive investment and tourist destination despite the cultural diversity of its multiethnic peoples.”

Though predominantly Christian, the province of 10 towns and one city has a mixed population of Christians, Muslims and “lumad” (indigenous peoples).

Those living in the Ilonggo-speaking area are descendants of settlers coming from Panay Island in the Visayas. 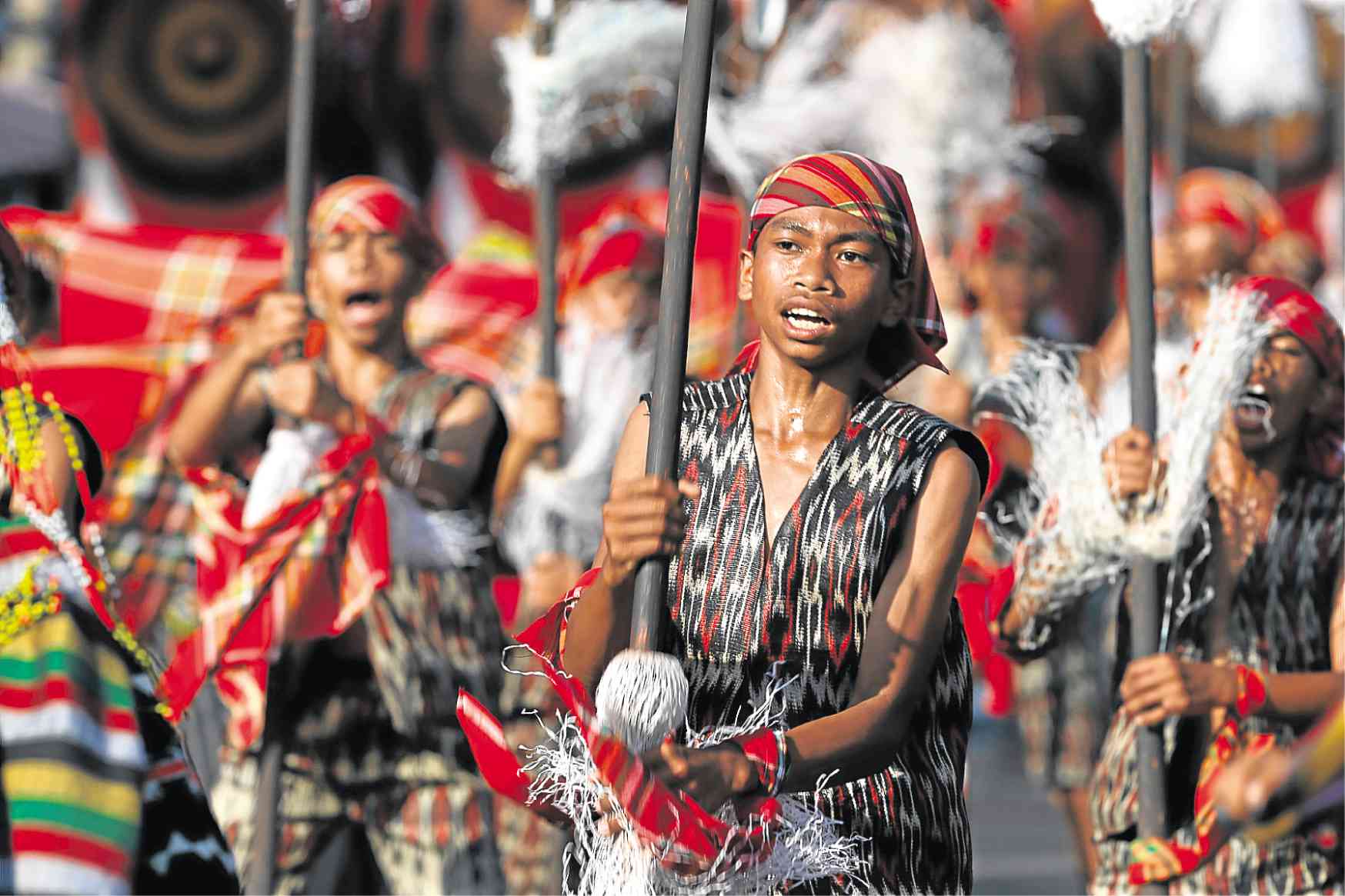 T’BOLI PRIDE Young T’boli are proud of their indigenous cloth, which their ancestors used to barter for horses and other goods.—JEOFFREY MAITEM

Sula said the native fabric had reached many parts of the globe, making their town popular.

“Without t’nalak, the world would never have known that our town existed,” she said.

Several local and international designers have used the cloth in their catwalk creations.

Usually, the t’nalak, if not used for wall decor, is transformed into accessories, such as vests, wallets, bags and souvenir pieces.

But Sula said the commercial replication of t’nalak using machines by textile manufacturers in Malaysia and Indonesia was  threatening the native craft.

“The process is very fast, but they’re not authentic because they’re not woven by hands,” Sula said. 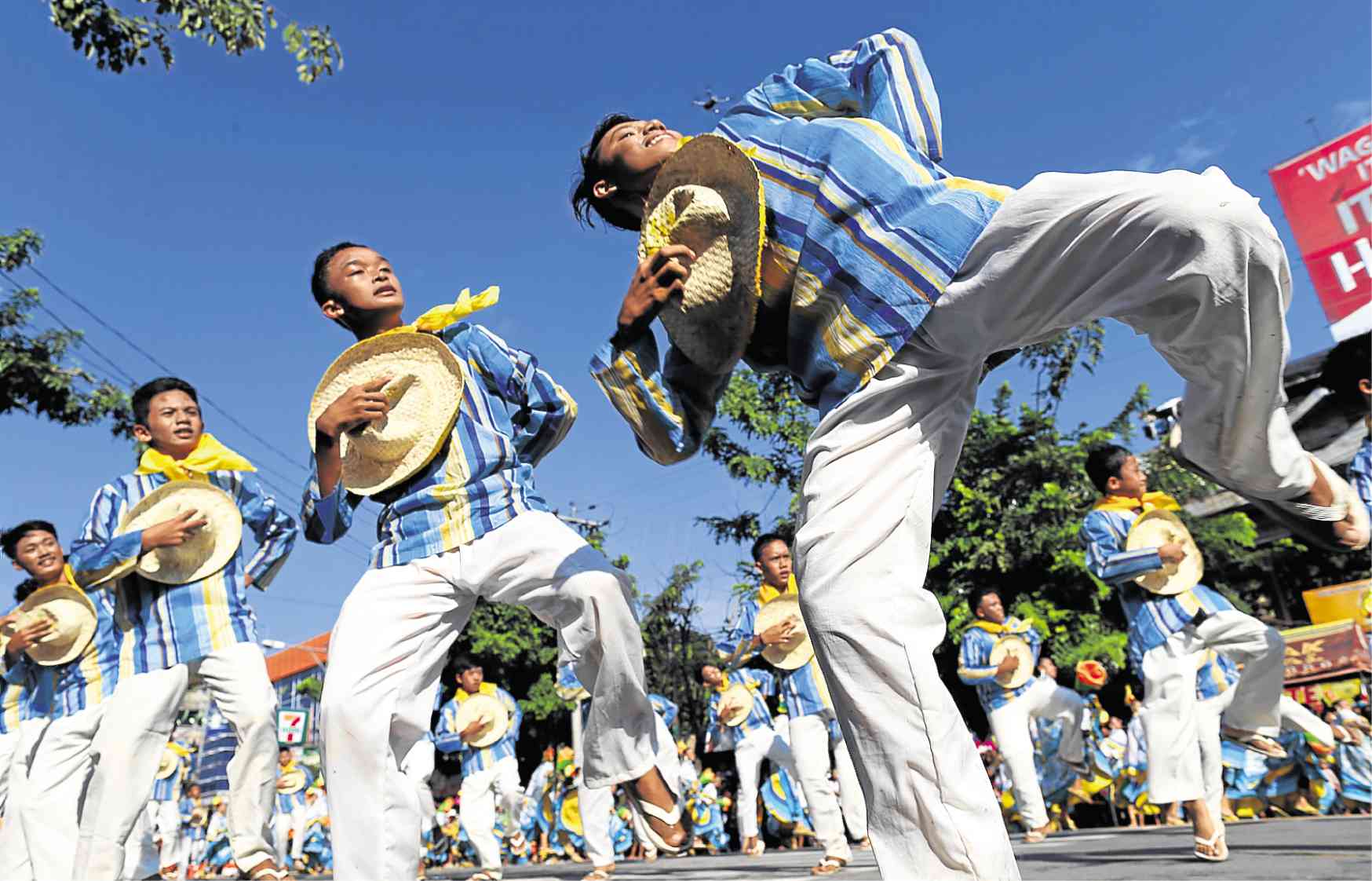 CELEBRATION OF CULTURE South Cotabato has named its weeklong festival in honor of the t’nalak to showcase the province’s culture.—JEOFFREY MAITEM

Nimfa Estabillo, former provincial arts, culture and tourism officer, said the T’nalak Festival was a way of ensuring that the weaving tradition of the T’boli tribe would not vanish.

“The t’nalak enshrines the dreams of our people for harmony, peace and progress in our province,” Estabillo said.

“T’nalak weaving is a precious art that we can’t afford to lose,” Sula told the Inquirer.

“As a group, we’re working to ensure that traditional t’nalak weaving will still be around in the generations to come amid the challenges the craft is facing,” she added.