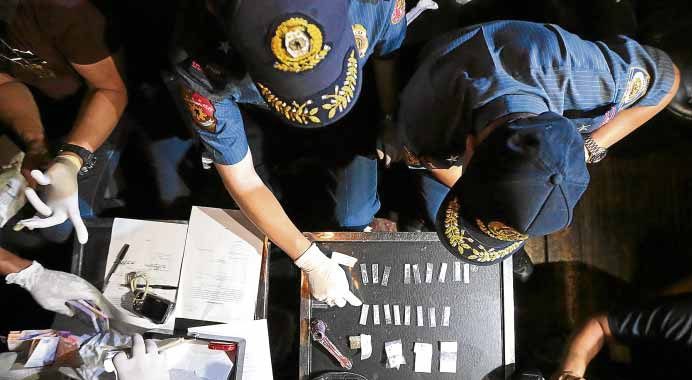 It was wrong for the Makati police to file drug charges against three lawyers who were only looking out for the interests of their client, a Makati bar suspected of harboring drug users, senators said on Saturday.

Minority Leader Franklin Drilon, a former justice secretary, said the arrest of lawyers Romulo Alarkon, Jan Vincent Soliven and Lenie Rocha was “a manifestation of a worsening culture of impunity in the Philippine National Police.”

The arrest was “patently unlawful and arbitrary,” he said.

The lawyers were arrested while police were searching the Time in Manila Bar on Makati Avenue for evidence of drug use.

The lawyers were charged with several cases, including “constructive possession of illegal drugs,” because the lawyers were in a place where drugs were found.

Sen. Aquilino Pimentel III said the arrest was an “obvious mistake as there was no proof that the three conspired to commit a crime.”

“How can lawyers be vicariously liable for acts allegedly committed by their clients?” Pimentel said. “That’s one of the strangest legal theories I have ever encountered in my life.”

Sen. Francis Pangilinan said it was the lawyers’ duty to protect their client’s interests.

The Commission on Human Rights also deplored the lawyers’ arrest which, according to spokesperson Jacqueline De Guia, showed the police’s lack of respect for officers of the court. —Leila B. Salaverria with a report from Melvin Gascon