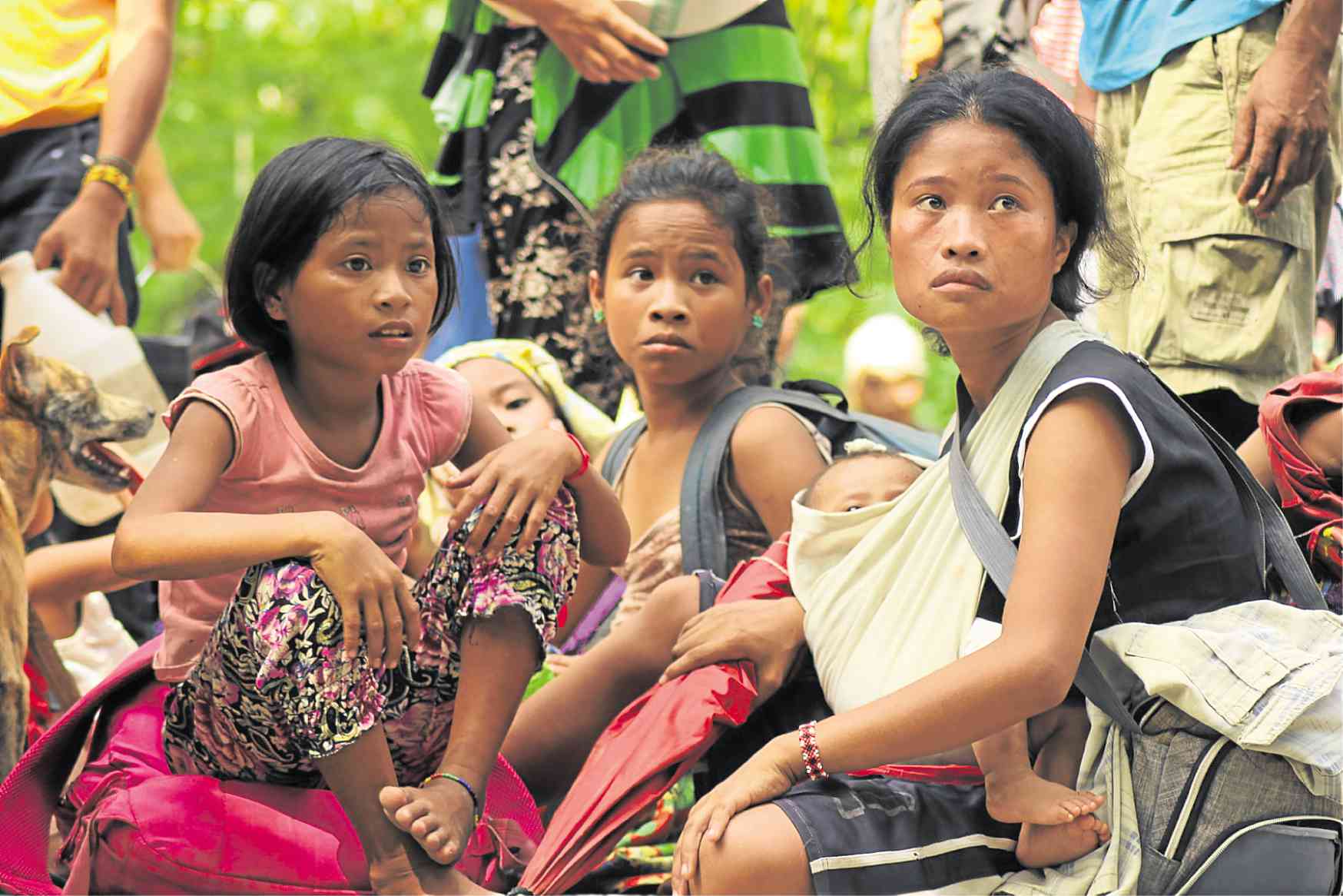 A “lumad” mother and her child prepare to return home in Surigao del Sur. CHAD BOOC/CONTRIBUTOR

SAN AGUSTIN, SURIGAO DEL SUR — About 1,600 “lumad” (indigenous peoples), who fled their homes here and in neighboring Lianga town after a military detachment was put up there, are finally returning to their villages.

On Thursday, the lumad, who have been encamped at a village gymnasium for 23 days, marched home immediately after breakfast, carrying their belongings, with their children, the elderly and farm animals in tow. Among them were two toddlers who were born three years ago in makeshift tents at the Sports Oval in Tandag City. They sought refuge at the facility after three lumad leaders were killed in September 2015.

The lumad decided to go home after church leaders assured them that soldiers were no longer in the area and the military detachment had been dismantled.

They fled on July 16 due to the military’s presence. The lumad group Mapasu said the village council of Diatagon at Lianga, Surigao del Sur province, had revoked its resolution that allowed the military to set up a detachment at Kilometer 9 in Barangay Simuwao that triggered the evacuation.

Lt. Col. Jaime Datuin, commander of the Army’s 75th Infantry Battalion, had agreed to remove the detachment and said the military would no longer set up smaller detachments for regular patrols. Only mobile checkpoints would be installed, he said.

Datuin said soldiers were prohibited from entering lumad homes. “If one of my men violated my order, they can report directly to me,” he said.

In a statement, Mapasu said the lumad were eager to return home now that they were certain they could freely move around their communities.

“We will go back to what we regard as paradise, [from] where we were compelled to leave to save our lives and livelihood,” Mapasu said. — CHRIS PANGANIBAN