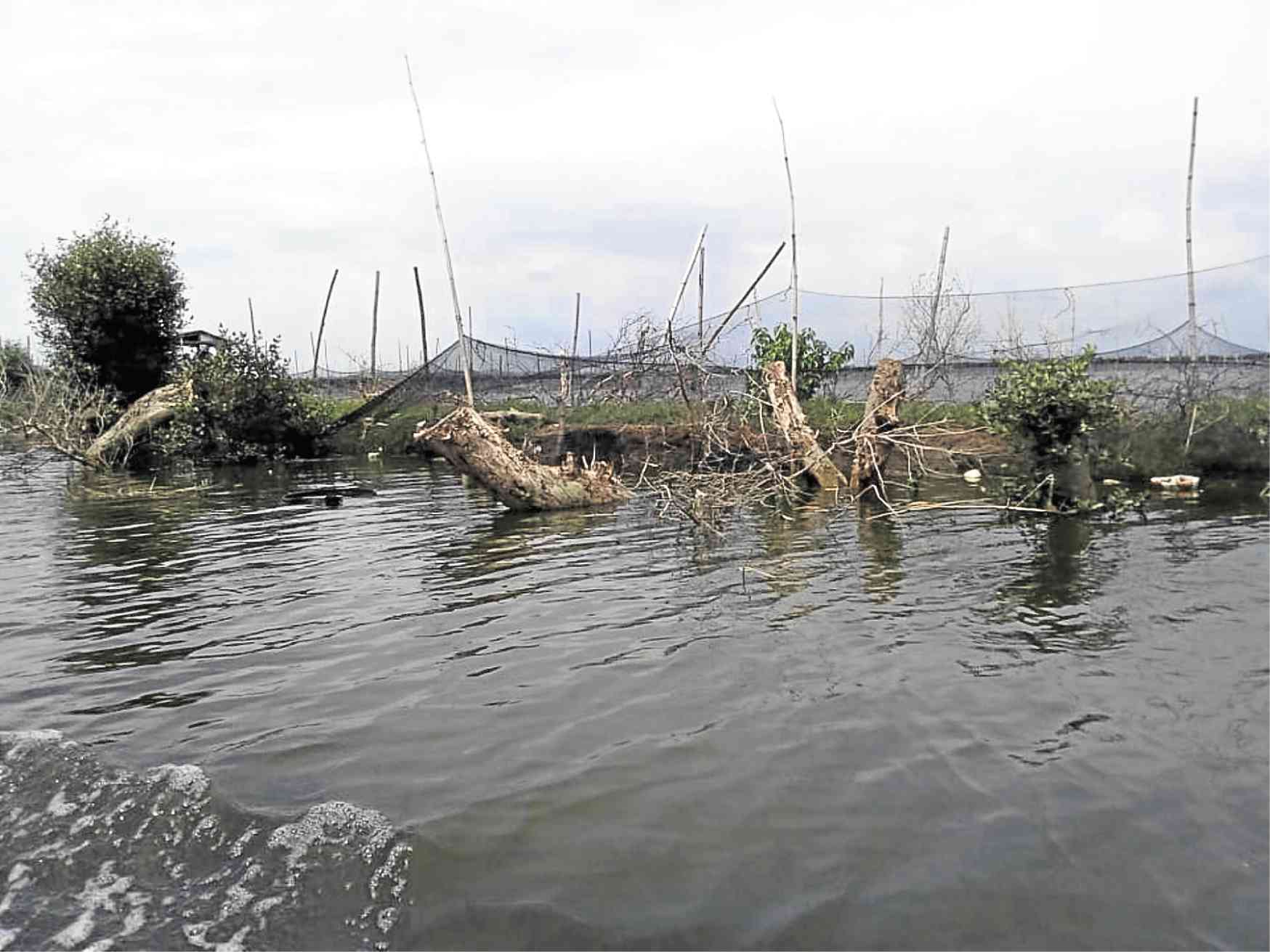 PROBE ON Personnel of the Department of Environment and Natural Resources have started tracking down people behind the cutting of mangroves in Bulakan town, Bulacan province. —CARMELA REYES-ESTROPE

BULAKAN, BULACAN — More than 600 mangrove trees were damaged along coastal areas here where a proposed P700-billion Aerotropolis project would be built.

But Celia Esteban, Bulacan director of the Department of Environment and Natural Resources (DENR), said evidence did not point to the project as the reason for the damage.

Acting on complaints that mangroves were being cleared in Barangay Taliptip here, DENR personnel inspected the area which the Bureau of Fisheries and Aquatic Resources (BFAR) declared in 1987 as timberland for fishpond operations.

They found the top of 653 trees shaved off, said Esteban, who disclosed the results of their initial investigation with provincial and Bulakan officials on Wednesday.

She said mangroves “should at all cost be protected because they serve as sanctuaries against typhoons.”

According to her, the mangrove trees were pruned without securing permits from local authorities.

“It appears to have been trimmed to clear the area for a better view of the landscape. The trees have started to grow back. That’s how sturdy mangroves are but we will get to the bottom of this damage,” she said.

The damage should be reported to BFAR, which enforces the laws protecting mangroves, said Fred Saduesto, chief of the DENR Central Luzon enforcement division.

The Bulacan Ecumenical Forum (BEF) said fishermen in the area had feared that the loss of the mangroves would render them vulnerable to typhoons.

The BEF, led by Bishop Emeritus Deogracias Iñiguez Jr. of the Diocese of Kalookan, is composed of representatives from other Christian denominations.

Val Concepcion, Bulakan municipal planning and development officer, said fishponds near the mangroves had been sold along with coastal areas eyed for the Aerotropolis (a specialized city that is built around an airport and its downstream industries). —CARMELA REYES-ESTROPE