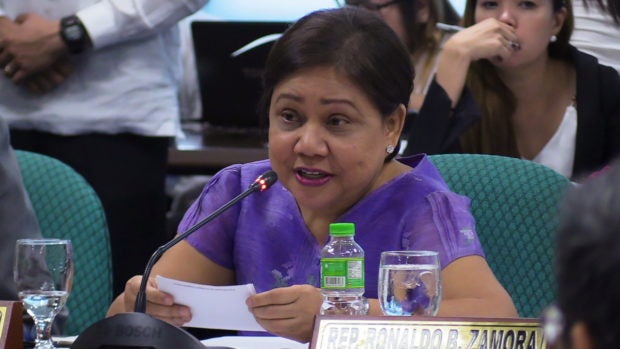 The congressional bicameral conference committee has approved a bill that would create the coconut levy trust fund, Senator Cynthia Villar said on Wednesday.

“Na-adopt ang Senate version and then it will be managed by a reconstituted PCA,” Villar, chair of the Senate committee on agriculture and food, told reporters.

“Wala nang ibang ike-create na committee, just the reconstituted PCA wherein there will be four representatives from government, one from the industry and six coconut farmers,” she further explained.

Villar explained that under the bill, the fund would be sourced from the General Appropriations Act (GAA), and the P105 billion coco levy.

“It will be invested in treasury bills and every year, we will give to the reconstituted PCA to spend it as we enumerated where to spend it; like it will be spent on scholarship of children of farmers, their health benefits, and their shared facilities program and then their program to improve their farms,” she pointed out.

The senator said 3.5 million farmers are expected to benefit from the measure.

The government, she said, would allot P10 billion a year for the trust fund while P5 billion a year would come from the P105 billion coco levy fund, which could last up to 25 years.

The approved version in the bicam will be sent back to the Senate and the House of Representatives for ratification.

Once ratified by both chambers, the bill would be transmitted to President Rodrigo Duterte for signature. /je