AFP to step up attacks vs BIFF 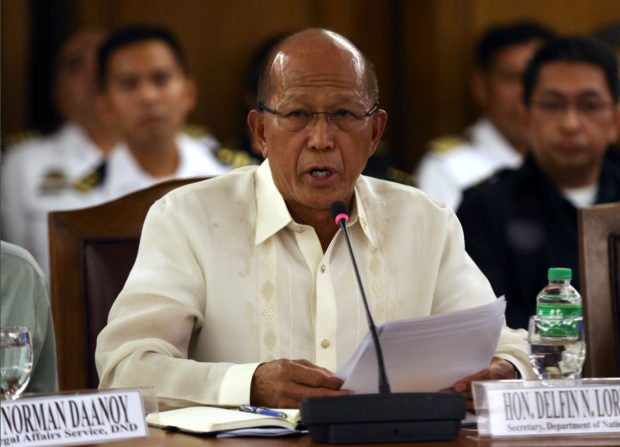 The military will also step up its operations against the Bangsamoro Islamic Freedom Fighters (BIFF) after the latter warned of increased attacks to show it was not in favor of the Bangsamoro Organic Law (BOL), Defense Secretary Delfin Lorenzana said Wednesday.

The House on Tuesday ratified the Bangsamoro Organic Law, which will allow the creation of the Bangsamoro Autonomous Region in Muslim Mindanao. It was delayed for one day after the “tug-of-war” for the leadership at the House of Representatives.

BIFF spokesperson Abu Misri Mama said the BOL would only create more problems because it will only benefit the leaders and not the people on the ground.

Lorenzana, who was born and raised in Mindanao, also welcomed this development: “If this happens, peace will at last resign in the Muslim Mindanao area. The effect will be far reaching: the land will be more productive, investments will pour, infra development can proceed unimpeded.”

He said the qualified disarmed rebels may also join the military to join its militia units like the CAFGU.

“Whenever they do operations, they are running away from us. They are trying to impress upon the public that they remain a force to reckon with,” he said. /jpv