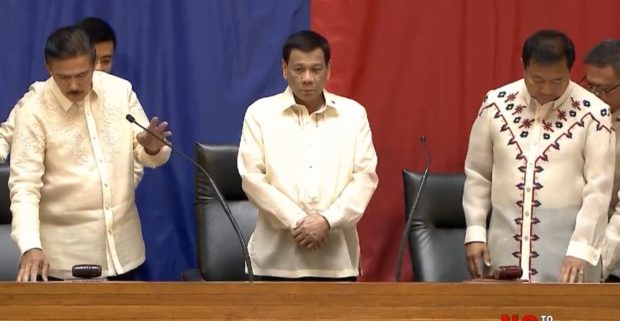 After more than an hour delay, Congress finally convened its joint session on Monday with Davao del Norte Rep. Pantaleon Alvarez still recognized as the Speaker of the House Representatives.

The joint session, which was convened to hear the third State of the Nation Address (Sona) of President Rodrigo Duterte, started past 5 p.m. instead of its original 4 p.m. schedule.

At the start of his speech, the President recognized Alvarez as House Speaker.

Earlier, former President and now Pampanga Rep. Gloria Macapagal-Arroyo was seen taking over the rostrum of the House and taking her oath before a fellow lawmaker. /atm