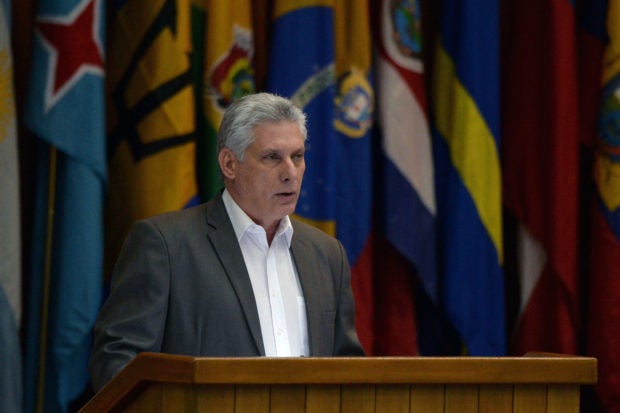 Havana, Cuba – Cuba’s National Assembly adopted Sunday a new constitution that would recognize market economics yet keep the Communist Party firmly in control of the economy and the ship of state.

It will be voted on in a national referendum later this year.

“After it’s put to discussion and voted on, Cubans will be more united in their defense of the revolution,” said President Miguel Diaz-Canel, wrapping up the two-day session.

The president underscored that “every Cuban can freely express his or her opinions… on a constitutional text reflecting the present and future of the nation.”

Yet those opinions can’t be voiced in a multiparty system. Article 224 reaffirms the socialist character of the Cuban political system, and the “guiding role of the one and only Communist Party.”

On the economic front, Cubans are reassured that “property is socialist and belongs to all people, while the economy is state-led.”

Ideologically, the constitution does drop a text saying that its goal was achieving a Communist society.

Cash-strapped Cuba has been under a US embargo for over four decades. Its main economic partner is now crisis-plagued Venezuela.

So Havana – short on food, fuel and locally made goods – is keen to get new partners to take a chance on investing in the Caribbean nation of 11 million, even though it staunchly opposes too much concentration of wealth in too few hands domestically.

The constitution recognizes private property and the market economy, as well as encourages foreign investments. But capitalism as known around the world remains a dirty word.                        /kga