Will political dynasties end under Duterte’s promise of federalism? 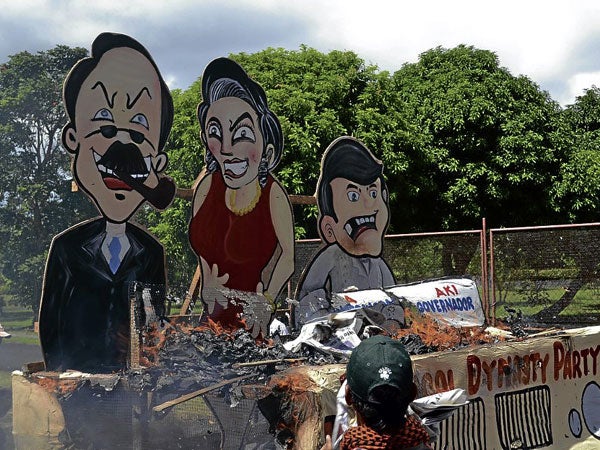 Political dynasties have long existed the Philippines. For retired Chief Justice Reynato Puno, they are a “new breed of monarchs” that “desecrated” democracy.

“By making elections a family affair, dynasties have mocked democracy’s definition as a government “of the people, by the people, and for the people,” stressed Puno, chairman of President Rodrigo Duterte’s Consultative Committee (Con-com).

A shift to a federal form of government, Puno believes, would put an end to political dynasties.

Puno said the “sacred promise of federalism” would “strengthen democracy because it allows constituent units of the federation, the rights of self-rule and shared rule, through the correct allocation of the powers of government.”

Federalism was one of then Davao City Mayor Rodrigo Duterte’s promises during his campaign for the presidency.

Duterte promised the Filipino electorate that federalism would result into a non-centralization of power and the end of decades-long conflicts in Mindanao.

Nearly two years after taking office as President, Duterte is now in possession of a 107-page document of what could be the country’s next Constitution.

Duterte received the proposed federal Charter drafted by the Con-com just two weeks before his third State of the Nation Address (SONA).

Under the proposed Charter, only two members of a family can run for office.

The first one can run for a local or regional government position, while the other can run for only President or Vice President.

Their family members and in-laws are not allowed to succeed them.

The ban on political dynasties was included under Section 8 of Article V (Suffrage and Political Rights) of the proposed federal Constitution.

The provision under Section 8(b) explicitly prohibits that any person “related to an incumbent elective official within the second civil degree of consanguinity or affinity” to run for the same position in the next election.

Section 8(c), likewise, clearly prohibits family members to run “for more than one national and one regional or local position.”

“However, in the event that two or more members of the same family are running, the member who shall be allowed to be a candidate shall be determined by the drawing of lots,” the draft federal Charter stated.

Even a member of the Con-com, lawyer Reuben Canoy, said that Duterte would be the first “victim” of the proposed federal Charter’s anti-political dynasty provision.

“It is ironic that the person who created this committee will be the first victim of our provision,” Canoy said in a speech before fellow Con-com members.

Duterte earlier said that he supports banning political dynasties, but he raised suspicion over whether or not the proposed ban would have the backing of the public.

The proposed federal Charter, which ensures the end of political dynasties, has to go through the lower and upper chambers of Congress first before Filipinos could vote on it.

Duterte’s political party, PDP-Laban, enjoys a “supermajority” in Congress, but are his so-called allies who are scions of political families willing to let themselves be disenfranchised?

Ding Generoso, the spokesman of the Con-com, told INQUIRER.net they are hoping that the elected representatives of the people “will somehow find it in their hearts that it is about time that we make sweeping changes because it is what is needed.”

Generoso pointed out that former Lanao del Sur Rep. Ali Balindong, a member of the Con-com, voted in favor of banning political dynasties even when he was, in fact, a scion of a political family.

“When he (Balindong) voted in favor of anti-political dynasty provisions, he admitted that he comes from a province where political dynasties rule, and his family was among them,” Generoso told INQUIRER.net in an interview.

“However, after listening to the debates (on the anti-political dynasty provisions), Balindong said he decided to be ‘part of history,’ so he voted to prohibit political dynasties (under the federal Constitution),” he said.

Generoso said, “if somebody like Balindong can do it, I don’t see why other members of Congress could not.”

“Miracles happen. Who knows, one of these days, they might realize, if they look deep inside their heart and decide that ‘Hey, we really need change,’” he said.

The Con-com hopes that with the submission of the proposed Charter, President Duterte could present it to Congress and to the Filipino people during his third SONA at the Batasang Pambansa, Generoso said.

Once Congress starts tackling their proposal, Generoso said they expect Con-com members to be summoned before congressional hearings as resource persons.

“Whatever they ask, the members are prepared to answer the questions. We will be preparing the resources, studies, transcripts of deliberations if they wish to read them,” Generoso said.

READ: Con-com to blast off federalism drive on social media

Even as surveys have shown a generally skeptical public towards the idea of federalism, Generoso said they would not stop educating people about it.

“The most powerful weapon is public opinion,” Generoso said. “We’ll have to relay the concept of federalism to the gut issues. We’re not going to stop. Even if the Con-com ceases to exist, we’ll go on educating and informing people.”