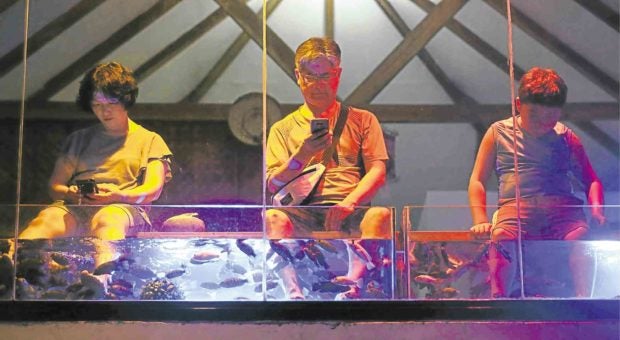 Despite the closure of the world-famous island resort on April 26, tourist arrivals in the country jumped to an “all-time” high in the first half of the year, according to the Department of Tourism (DOT).

Visitor arrivals from January to June 2018 grew 10.40 percent to 3,706,721 compared with numbers in the same period last year, according to the DOT’s Statistics, Economic Analysis and Information Management Division.

While Korea remained to be the top source of tourists, sending 815,683 visitors to the Philippines, the number of tourists coming from China grew to 645,089 or 17.4 percent of total arrivals.

Tourism Secretary Bernadette Romulo-Puyat, in a statement, credited partnerships with the private sector with the sustained leap in foreign tourist arrivals.

The efforts, she said, “resulted in stellar performance.”

Puyat had asked the Bureau of Immigration to hasten processing of tourist visas, particularly of those from China, in a bid to increase tourist arrivals.

With Boracay closed, Puyat said she was “optimistic” that the country’s target of 7.4 million tourist arrivals by the end of 2018 would be achieved.

“We are actually on track. We are halfway of the year and we are already halfway of our National Tourism Development Plan target arrivals,” she said.

The island of Boracay accounted for more than 1 million of a total of 6.6 million tourist arrivals in the country last year.

After being called by President Duterte as a cesspool, however, Boracay has been closed to tourists for six months while undergoing rehabilitation since April 26.

Environment Secretary Roy Cimatu, however, said Boracay would be reopened on  Oct. 26, or just three months after rehabilitation work started.