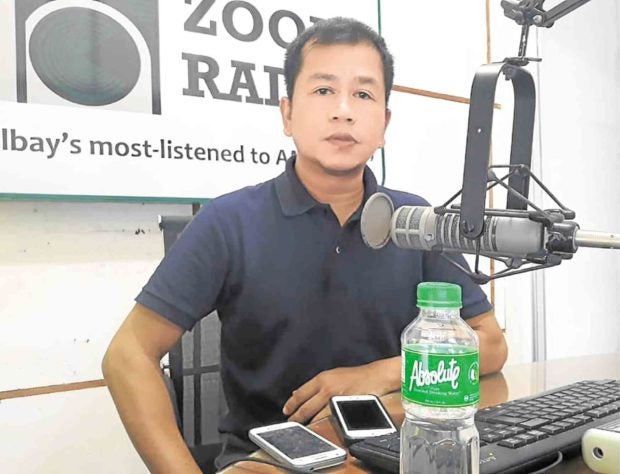 Llana was gunned down on Friday while leaving his home at the village of Peñafrancia in Daraga town, Albay province to go to work at radio station dwZR where he has a block time program.

The sling bag was found by investigators inside his car beside his bullet riddled body.

Chief Supt. Arnel Escobal, Bicol police director, also said Llana’s fingerprints were not found on the bag and the lighter found inside it.

One of President Duterte’s harshest critic, detained Sen. Leila de Lima said Llana’s killing was another glaring example of the culture of violence that is now prevailing in the country.

De Lima blasted the Palace for condemning Llana’s killing when, according to her, Mr. Duterte himself has been responsible for bloodshed in the country.

Llana’s killing was yet another example of the impunity that has reigned in the country since Mr. Duterte began his war on illegal drugs that has led to thousands of vigilante killings and deaths of suspects in police operations, De Lima said.

“And frankly, to my mind, presidential spokesperson Harry Roque’s condemnation of this killing and promise of justice sound hypocritical,” De Lima said in a statement.

“What could we expect but a spiral of violence and bloodshed when the centerpiece program of the government, its all-out war against drugs, gave license to security forces and vigilantes to kill?” she said.

Police have not done much to investigate drug-related killings and had allowed “masked killers” to roam the streets, she added.

If Llana’s killing was found to be work-related, he would be the 12th journalist killed under the Duterte administration. De Lima said she was worried that the number would rise. —With a report from Leila B. Salaverria