Portion of Commonwealth Avenue closed for Sona on July 23 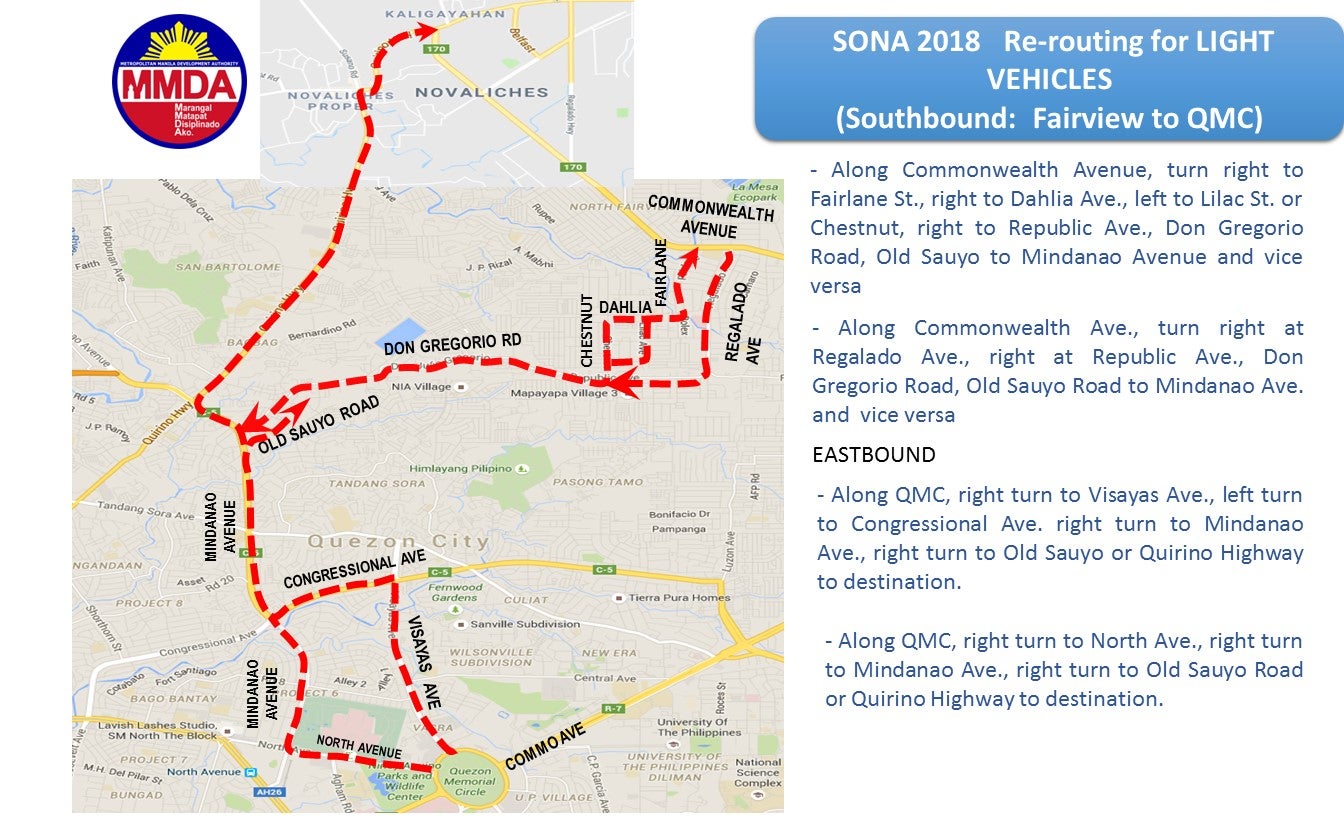 A portion of Commonwealth Avenue will be closed for the third State of the Nation Address (Sona) of President Rodrigo Duterte at the House of Representatives on Monday, the Metropolitan Manila Development Authority (MMDA) said in an advisory on Friday.

MMDA said the stretch of Commonwealth Avenue from Tandang Sora to Batasan will be closed to traffic starting at  12:01 a.m. on Monday.

The Quezon City government has also declared the suspension of classes in all levels in both public and private schools to give way for the President’s Sona.

Motorists are advised by the MMDA to instead take the following alternate routes: