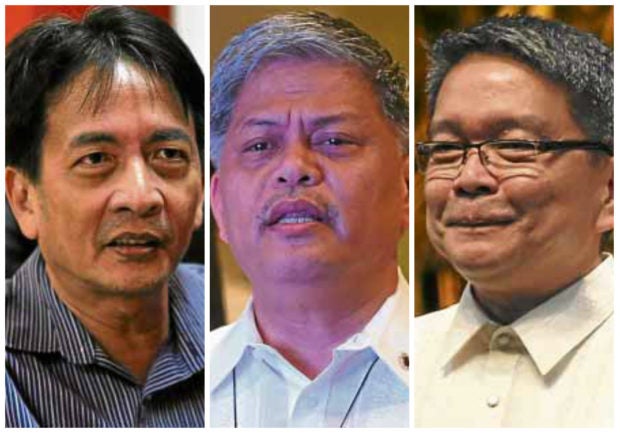 Several university presidents and hundreds of professors and scholars from various schools on Wednesday expressed their opposition to amending the 1987 Constitution through a constituent assembly (Con-ass), calling for a more participatory process for its supporters and critics alike.

As of press time on Wednesday night, more than 270 academics had signed a statement against Con-ass prepared by Professors for Peace.

The campaign also bucked calls for the postponement or cancellation of next year’s midterm elections to give way to the proposed shift to federalism, spearheaded by Speaker Pantaleon Alvarez, whose latest proposal for scrapping the balloting — through people’s initiative — was shot down by senators on Wednesday.

In the statement, the signatories stressed that while some of them supported federalism and others opposed it, they were one in acknowledging the importance of “evidence-based debate and discussion” to root out the benefits and costs of the proposed reform.

“The present environment is not conducive to reforming the Constitution,” they said, citing recent polls that showed low understanding and knowledge among Filipinos of the 1987 Constitution and federalism.

“Almost 80 percent of Congress is comprised of political dynasties and the empirical evidence suggests that a majority of them may face deep conflict of interest if a new Constitution aims for reforms that level the political playing field,” they said.

UP College of Law professorial lecturer Antonio La Viña, one of the signatories, said reforms must be done through the right process.

“Congress cannot be trusted to change the Constitution and so Charter change by Con-ass will doom all chances of doing that,” La Viña said.

“Any Charter change via Con-ass is self-serving, including having no elections. It perpetuates people in power and disempowers the people’s ability to decide the future of the country,” he added.

De La Salle’s Brother Luistro, a former education secretary, aired concern that the discussions on federalism were “too politicized and too rushed.”

“I don’t think Con-ass will be supportive of democracy … This kind of decision would have to be discussed all the way to the grass roots,” he said.

“It’s very dangerous that the current crop of politicians will be given the sole decision to discuss it, given that many of them are beholden to the current administration,” he said.

Reforms that take shortcuts will not stand the test of time, Luistro said.

“The role of the academicians is to have evidence-based data that will allow people to understand these major reforms,” he said.

The signatories also noted that there were “more pressing and immediate policy challenges” that the government must deal with, including the rising death toll linked to President Duterte’s brutal war on drugs, the killings of political leaders and the rising prices of basic commodities.

“If these are unresolved, then how can we credibly unite around ‘rule of law’ and ‘human rights’ under an amended Constitution?” they said.

“If we are to amend the Constitution, we must invest not just in the outcome, but in the very process,” they added.

In a radio interview on Wednesday, Alvarez said the opponents of federalism were capitalizing on unfounded fears to block his proposal to scrap next year’s midterms and serve their goal of derailing the adoption of a new Constitution.

He said that unless Charter change for a shift to federalism was done by next year, it would be very difficult to achieve it.

“If we delay it further, we would not be able to do it until the end of the term of President Duterte,” he said.

Alvarez said the elections may be canceled or postponed by passing a law. If the Senate would not agree, he said, supporters of federalism could launch a people’s initiative.

Several senators scoffed at the alternative proposed by Alvarez.

Not only is people’s initiative the improper mode, it is also impractical and self-serving, they said.

Senate Minority Leader Franklin Drilon said a people’s initiative could be used only for minor amendments to the Constitution, not for revisions or major amendments.

Moving the date of elections is a revision, as it would also change the length of the terms of elected officials, Drilon said.

“Changing the terms of officials is a major amendment, which cannot be done through a people’s initiative,” he said.

It is clear that the motive behind moves for Charter change is to prolong the terms of incumbent officials, he added.

Other senators said a people’s initiative may not fly for lack of time or an enabling law.

A people’s initiative requires gathering the signatures of 12 percent of registered voters, with each congressional district represented by at least 3 percent of the registered voters, and there won’t be enough time before the 2019 elections to accomplish this and verify the names, Sen. Francis Escudero said.

“Quite frankly, I don’t know why he (Alvarez) seems so obsessed with postponing the election when neither the people nor the Palace supports [a] postponement,” Escudero said.

Sen. Panfilo Lacson said he and his colleagues were bound to oppose the move to postpone the midterms, as it would serve the interest of only a few.

“It goes without saying, majority of the senators, even those running for reelection, will fight tooth and nail any attempt to cancel the 2019 midterm elections simply because it is wrong and self-serving,” Lacson said.

Sen. Grace Poe said a people’s initiative entailed a lengthy and tedious process, and warned Alvarez against trying any tricks.

“The Speaker should not try any shortcuts and tricks if he believes the proposed Charter is judicious and a true solution to the needs of our people,” Poe said. —WITH REPORTS FROM LEILA B. SALAVERRIA AND JEROME ANING