Aquino raises lack of due process in NBI’s Dengvaxia complaint 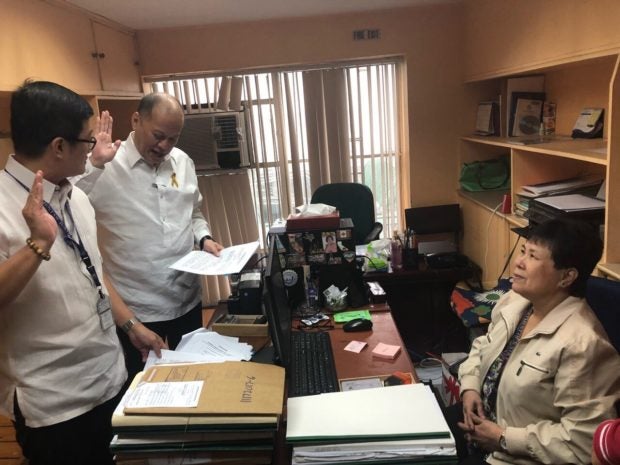 Former President Benigno S. Aquino III has questioned the lack of due process in the filing of technical malversation complaint against him by the National Bureau of Investigation (NBI) before the Office of the Ombudsman.

Based on the NBI complaint, Aquino, together with former Health Secretary Janette Garin and former Budget Secretary Florencio Abad should be indicted for technical malversation because the funds used to buy the Dengvaxia vaccine was actually intended for a different purpose.

The NBI added that the P3.5-billion used to purchase the vaccine was never part of the 2015 or 2016 General Appropriations Act.

On Tuesday, however, Aquino said he just received a subpoena last May 25 asking him to appear before the NBI and submit his evidence.

[The point here is this: [You are required] to give your evidence on a certain investigation [but] you cannot tell from the sent subpoena what the complaint was to be able to respond properly]

Aquino appeared before the Department of Justice (DOJ) to submit his rejoinder on another Dengvaxia-related complaint undergoing preliminary investigation.

The former president said the NBI never made any other communication or clarification about the nature of its investigation.

“That was the only communication I received from the NBI and yesterday I was informed [of this complaint] and read them on the papers today,” Aquino said.

[Was there really an investigation made?]

But Aquino said they were neither informed nor provided with a copy of the complaint.   /kga