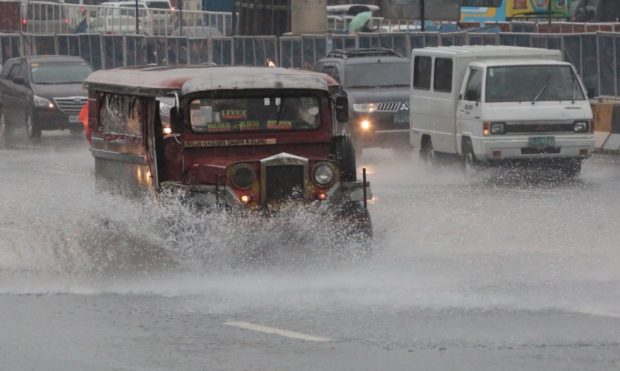 The government has set out military trucks along certain areas in Metro Manila to provide free rides to commuters got caught in heavy downpour and flooding on Tuesday.

Commuters from or near the following areas may avail of the free transportation service of JQRT:

Several areas in the National Capital Region and stations of the Light Rail Transit Line 1 have been flooded as heavy monsoon rain continued in Metro Manila and other parts of Luzon.

Operations of the Philippine National Railways were also disrupted due to the prevailing inclement weather.

Classes in Metro Manila and other affected provinces have also been suspended. /kga