Deputy Speaker Garcia: House not giving up on federalism 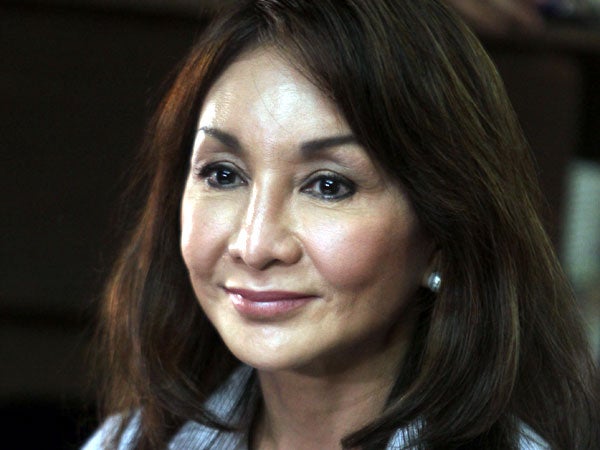 The House of Representatives, dominated by President Rodrigo Duterte’s allies, is not giving up on its push for federalism, Deputy Speaker Gwendolyn Garcia asserted on Monday.

The Cebu 3rd district congresswoman said this in reaction to a survey that showed that 67 percent of Filipinos are against Charter change (Cha-cha) moves and that a majority oppose a shift to federalism.

Asked in a press briefing if the survey results should be a sign to give up on their federalism advocacy, Garcia said: “Oh, certainly not.”

An SWS first quarter survey earlier showed that the majority of Filipino adults remain unaware of the federal system of government, but 37 percent of them agree with it, while 29 percent disagree and 34 percent remain undecided.

READ: Federal system what? 75% of Filipinos not aware – SWS survey

Despite this, the pro-administration lawmaker said: “It is really a challenge to the House leadership to now disseminate as far and as much as possible as much public information and public education as regards to this shift to a federal system.”

“We are in full support of the advocacy of the President which is why we will continue to push for the shift to a federal system,” Garcia added.

Pressed on why Duterte’s popularity has yet to translate to a strong support for federalism, the lawmaker said: “Perhaps, we really need to keep a more open mind… because right now there seems to be quite a contradiction between both survey firms.”

She also said that sometimes surveys are “dependent on the moods of the moment.”

“We are confident that as we continue and step-up a massive information campaign as regards a federal system of government the public opinion will invariably change and we are optimistic that understanding the need for this shift in our system of government, the Filipinos will ultimately embrace federalism,” she added.

The proposed Charter change being pushed by Duterte’s allies in Congress and by his Consultative Committee (Con-com) could pave the way to a shift to a federal form government – one of his campaign promises and an advocacy of his political party, Partido Demokratiko Pilipino Lakas ng Bayan (PDP-Laban).

But some opposition lawmakers are saying that the administration should not force this change upon the people. /je