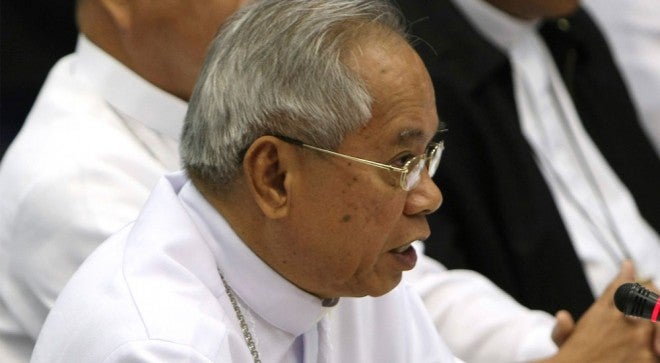 Cardinal Orlando Quevedo, of the Archdiocese of Cotabato, urged the bicameral conference committee currently working on the final version of the BBL to weigh the consequences of passing a measure that veered away from the essence of the BBL as crafted by the Bangsamoro Transition Commission (BTC).

“A good BBL will be an antidote to Islamic radicalization,” Quevedo told the Inquirer on Wednesday here.

Quevedo, Mindanao’s first and only cardinal, was in the city for the ordination and installation of new Marbel Bishop Cerilo Casicas.

He said if the version that Congress would pass failed to address historical injustices committed against the Moro people, radicalism would grow among Moro youth.

Asked how deep IS influence had penetrated Mindanao, Quevedo said IS supporters could be “busy” recruiting members and “it will be accelerated if BBL failed.”

In May 2017, IS-inspired Maute and Abu Sayyaf members tried to seize Marawi City in a bid to establish a caliphate there.

Quevedo had echoed a warning earlier made by the group All Out Peace, which warned on Wednesday against diluting the BBL. —REPORTS FROM BONG SARMIENTO AND FRINSTON LIM