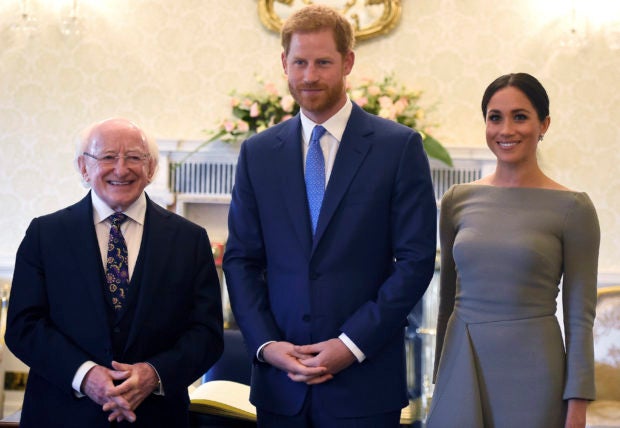 Britain’s Prince Harry, center and Meghan, the Duchess of Sussex pose for a photograph with Ireland’s President Michael Higgins at Aras an Uactharain, on the second day of the Royal couple’s visit to Dublin, Ireland, Wednesday July 11, 2018. Image: Clodagh Kilcoyne/PA via AP

LONDON (AP) — Prince Harry and his wife, the former actress Meghan Markle, have met with the Irish president on their first official overseas trip as a married couple.

The Duke and Duchess of Sussex, as they are formally known, visited President Michael D. Higgins at his official residence on Wednesday as part of their two-day tour of Dublin. 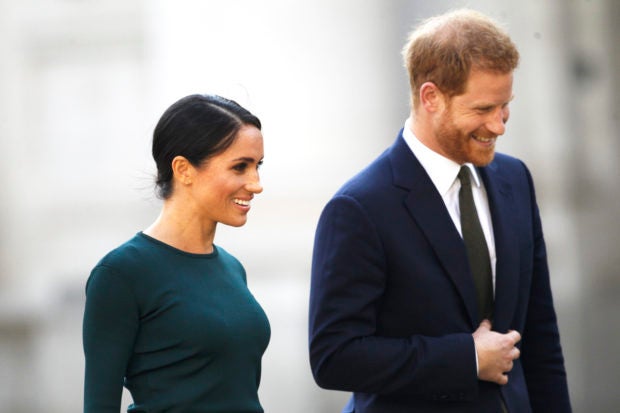 The royal couple will then visit the headquarters of the Gaelic Athletic Association, the scene of the Bloody Sunday massacre committed by British troops against civilians in 1920. 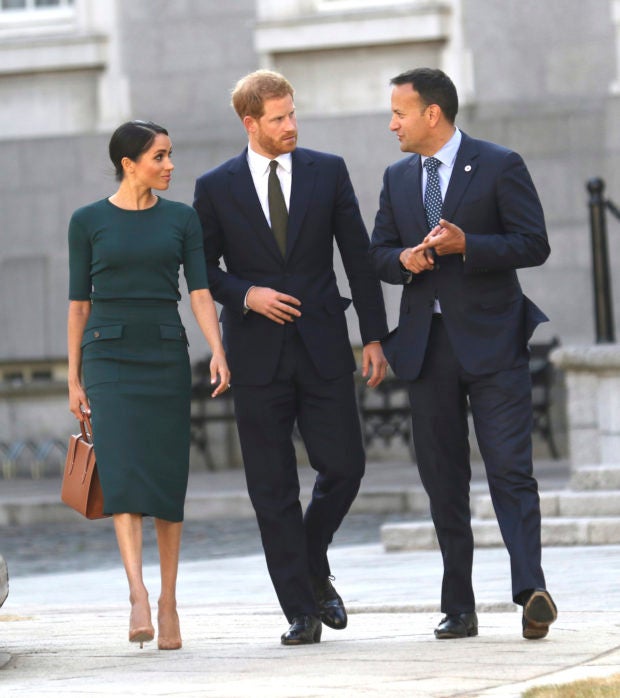 Harry said Tuesday that he hoped to take the opportunity to reflect on the “difficult passages” in the history between Britain and Ireland.

They will also visit Trinity College, where they will see the Book of Kells, one of Ireland’s greatest cultural treasures. NVG