Lorenzana to Sison: Come back and you will end up in jail 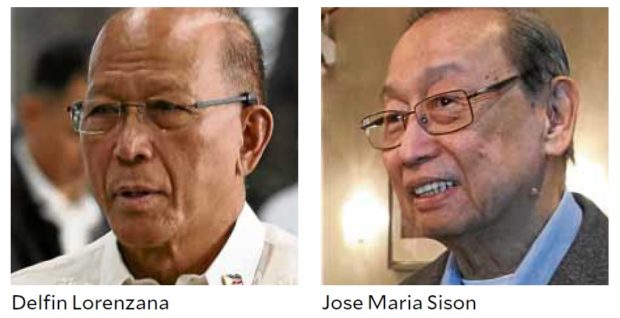 Defense Secretary Delfin Lorenzana hinted that Communist Party of the Philippines (CPP) founder Jose Ma. Sison would be “made to account for (his) sins” over the years if he comes home from the Netherlands.

In a statement issued Thursday, the defense secretary said Sison is “doomed to irrelevance” whether or not he decides to come home to the Philippines.

“Whatever you do Mr. Sison you are doomed to irrelevance. You remain in the Netherlands and you will be forgotten because the President has decided with finality that the talks would be held in our country. You come back and you will end up in jail,” he said.

Sison has been in exile to the Netherlands since 1987, after peace talks failed under President Corazon Aquino.

“Come back home Mr. Sison and find out for yourself what your country and countrymen have become. Your country has progressed a lot despite your destabilization efforts for the past 49 years,” Lorenzana said.

“The people have wisened up to the bankruptcy of your so-called revolution. Your army is surrendering in record numbers and are taking advantage of the beneficence of the government, the government you so detest you want to bring it down violently.”

“Or maybe you don’t want to come back because you will be made to account for your sins, like the Plaza Miranda bombing, the mass liquidation of NPA cadres on suspicion of being deep penetration agents,” he added.

The resumption of peace talks supposedly scheduled on June 28 in Norway were cancelled after President Rodrigo Duterte decided to hold more public consultations before it would resume.

Lorenzana said the President was right when he said that if Sison was really brilliant, he would be the one elected as president and not him.

“Sad that a once brilliant revolutionary would end up this way. President Duterte was right when he said, if Sison is really brilliant he would be the president not me,” he said.  /kga